Hilton Worldwide (HLT.N) plans to nearly double the number of its hotels in Egypt within seven to 10 years as tourism returns to levels seen before the 2011 uprising, the company’s deputy head for Egypt and North Africa said.

Tourism is one of Egypt’s main sources of foreign currency and provides income for millions of Egyptians but has suffered since the uprising and the instability that followed.

A plane crash in 2015 that killed 215 Russian visitors also led to some bans on flights to the Red Sea destination of Sharm al-Sheikh, squeezing the struggling industry further. 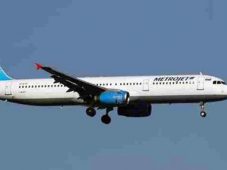 Remains of a Russian airliner which crashed in central Sinai on October 31, 2015. (via Al-Masry Al-Youm)

But Mohab Ghali, vice president of operations for Egypt and North Africa, expects occupancy rates to improve from last year, namely in Cairo and Alexandria, but also in Hurghada and Marsa Alam, helped by the devaluation of the EGP — making holidays cheaper.

“We’re currently running 17 hotels in Egypt and we’re planning to increase that number to 30 hotels in between seven and 10 years,” Ghali told Reuters in an interview.

In 2010, before the uprising that toppled former president Hosni Mubarak, 14 million tourists visited Egypt, bringing in some $11 billion in revenues. The number of tourists has dropped since then, and stood at 9.3 million in 2015.

Ghali said Egypt is a special place for Hilton Worldwide, which is why none of its hotels shut even during the most difficult times. “Egypt is a tourist destination … It’s not missing anything,” he said.

“If things remain stable, within the next six months, in the 2018 winter season, we can see pre-2011 numbers returning, with more revenues now because of the devaluation,” he added.

The US company, which runs thousands of hotels around the world, also plans to expand in Morocco and launch projects in Tunisia and Algeria in the next few years.
“We run two hotels in Morocco and there are three others under construction. We’re planning to get to 10 in the coming years,” Ghali said, adding that, “[we] will enter Tunisia with two or three hotels during the next five years.”

In Egypt, Ghali said Sharm al-Sheikh and Luxor were the tourist destinations that had suffered the most in recent years, though it was too early to assess the impact of last month’s attack on tourists in Hurghada.

An Egyptian man with a knife killed two Germans and a Czech, wounding four others, in Hurghada last month, the first such attack on tourists since a similar stabbing in 2016.

Egypt is fighting an insurgency against Islamist militants in the Sinai peninsula, where violence against security forces has become common since the overthrow of former president Mohamed Morsi in 2013.