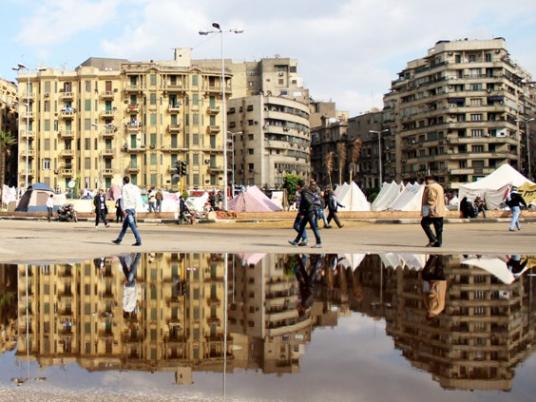 Interior Mohamed Ibrahim said the ministry has put together a plan to secure Tahrir Square during the celebrations commemorating the 25 January revolution on Friday.

He said security forces will secure the square from the outside and will not carry firearms during an interview with Dream satellite channel Sunday, adding that celebrations of the revolution's anniversary "were not and will not be bloody, like some say." According to Ibrahim, security within the square will be the responsibility of rally organizers, and that security forces would carry only riot gear and tear gas.

Ibrahim also said that checkpoints would be set up in order to detect "infiltrators" and expressed his confidence in the "patriotism and intelligence of Egyptians."

The ministry's mission is to secure “all vital establishments and the headquarters of all parties and political powers," he added.

Addressing calls by Islamists to besiege the Egyptian Media Production City on 25 January, the minister said, " We will not at all allow the presence of militias in a state [governed by] law."

"We are in touch with those who called for the protests in front of the EMPC and will guarantee its protection if things slide out of control," he said.

Ibrahim added that the ministry has nothing to do with political conflicts and that the police is a national institution that serves the nation and not the regime, dismissing talk of the "Brotherhoodization" of the state.