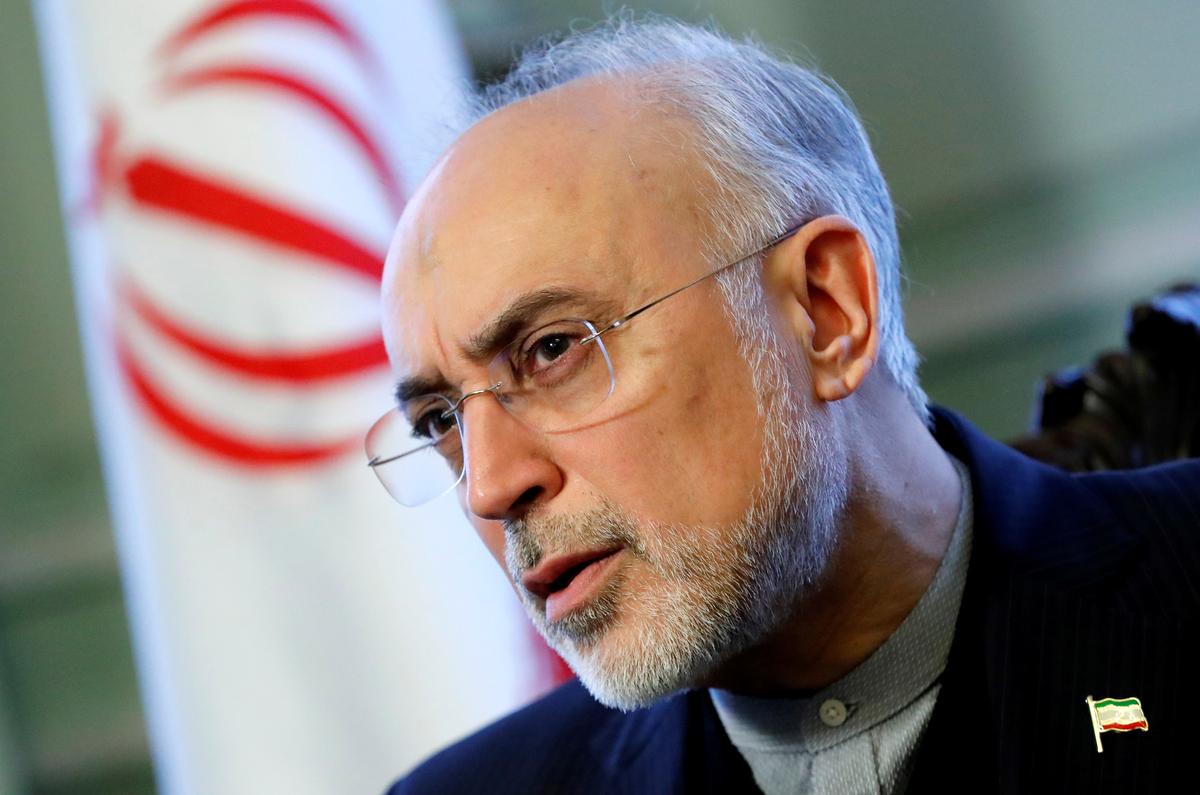 DUBAI (Reuters) – Iran’s nuclear chief said on Sunday the European parties to the 2015 nuclear deal have failed to fulfill their commitments under the pact, a day after Tehran announced further breaches of limits on its nuclear activity set by the accord.

The deal curbed Iran’s disputed nuclear program in exchange for relief from sanctions, but has unraveled since the United States withdrew last year and acted to strangle Iran’s oil exports to push it into a broader security agreement.

France, Germany and Britain have tried to launch a barter trade mechanism with Iran protecting it from U.S. sanctions but have struggled to get it off the ground, and Tehran on Wednesday set a 60-day deadline for effective European action.

“Unfortunately the European parties have failed to fulfill their commitments … The deal is not a one-way street and Iran will act accordingly as we have done so far by gradually downgrading our commitments,” said Ali Akbar Salehi, director of Iran’s nuclear energy agency.

“Iran will continue to reduce its nuclear commitments as long as the other parties fail to carry out their commitments,” Salehi said, speaking after meeting the acting head of the UN nuclear watchdog (IAEA), Cornel Feruta, in Tehran on Sunday.

Paragraph 36 of the nuclear pact spells out the dispute resolution mechanism.

Iranian officials say the paragraph allows one party to the deal to cut its commitments if others do not live up to theirs.

Iran says its retreat from terms of the deal is reversible if European signatories manage to restore its access to foreign trade promised under the nuclear deal but blocked by the reimposition of US sanctions.

Feruta stressed that the IAEA’s safeguards activities are conducted in an impartial, independent and objective manner, and in accordance with standard safeguards practices, according to a press release on the IAEA website.

The IAEA’s 35-nation Board of Governors will discuss Iran at a quarterly meeting that begins on Monday.

Since May, Iran has begun to breach caps on its nuclear capacity set by the deal in retaliation for US pressure on Iran to negotiate restrictions on its ballistic missile program and support for proxy forces around the Middle East.

“The actions they have taken are negative but not definitive. They can come back (to full compliance) and the path of dialogue is still open,” French Foreign Minister Jean-Yves le Drian said on Sunday.

Upping the ante in its stand-off with Washington, Tehran said on Saturday it was now capable of raising uranium enrichment past the 20% level of fissile purity and had launched advanced centrifuge machines in further breaches of the deal.

IAEA inspectors reported in July that Iran had cranked up enrichment to 4.5 percent purity, above the 3.7 percent cap suitable for civilian energy generation set by the 2015 accord.

Under the deal, Iran is allowed limited research and development on advanced centrifuges, which accelerate the production of fissile material that could, if enriched to the 90 percent threshold, be used to develop a nuclear bomb.

Reporting by Parisa Hafezi in Dubai with additional reporting by John Irish in Paris, Francois Murphy in Vienna and Dubai Newsroom; Writing by Tuqa Khalid; Editing by Mark Heinrich and Andrew Cawthorne

Israeli leader calls for more pressure on Iran, not talks