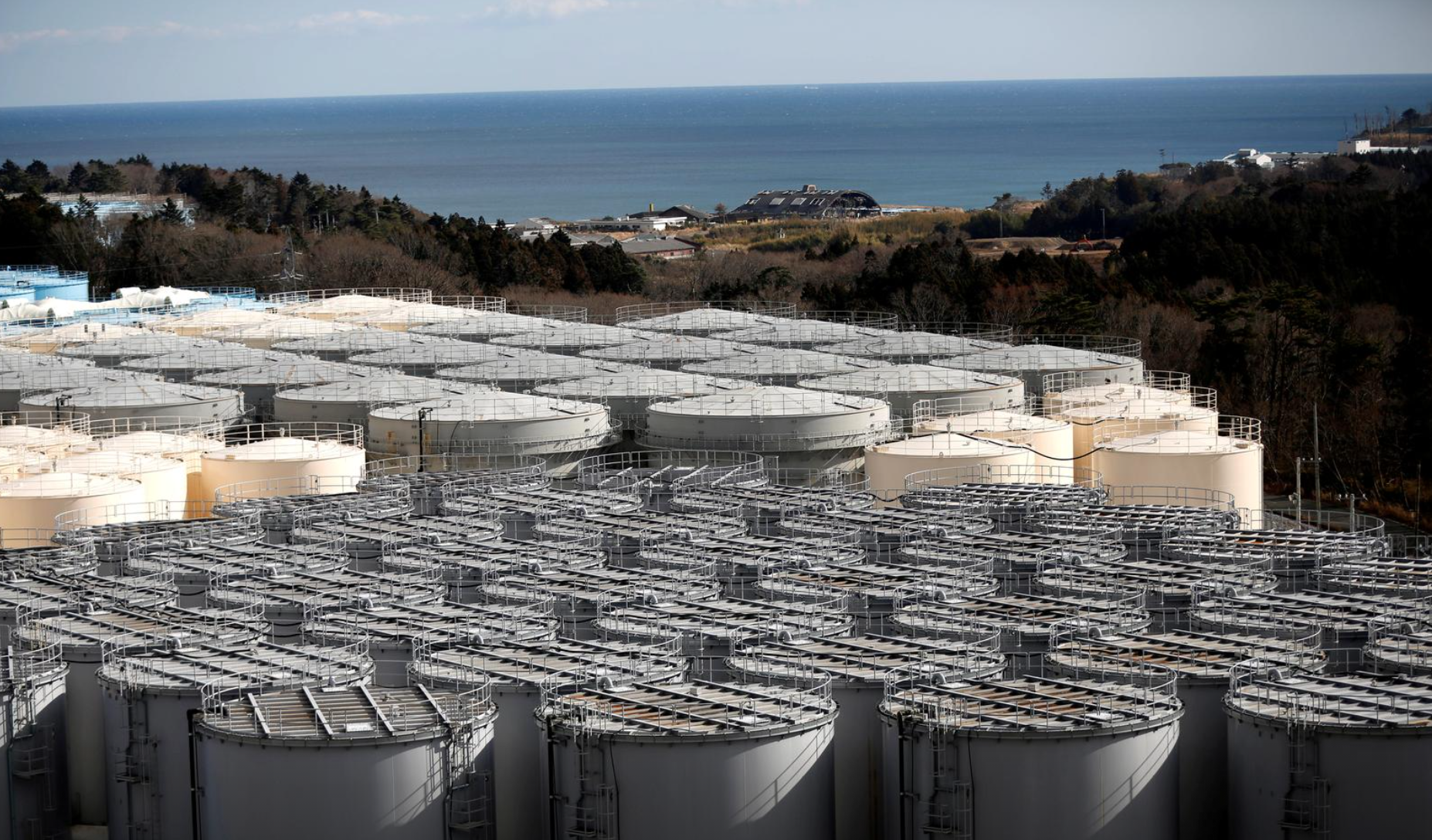 TOKYO (Reuters) – Nearly a decade after the Fukushima nuclear disaster, Japan’s government has decided to release over one million tonnes of contaminated water into the sea, media reports said on Friday, with a formal announcement expected to be made later this month.

The decision is expected to rankle neighboring countries like South Korea, which has already stepped up radiation tests of food from Japan, and further devastate the fishing industry in Fukushima that has battled against such a move for years.

On Friday, Japan’s industry minister Hiroshi Kajiyama said no decision had been made on the disposal of the water yet, but the government aims to make one quickly.

“To prevent any delays in the decommissioning process, we need to make a decision quickly,” he told a news conference.

He did not give any further details, including a time-frame.

The Asahi newspaper reported that any such release is expected to take at around two years to prepare, as the site’s irradiated water first needs to pass through a filtration process before it can be further diluted with seawater and finally released into the ocean.

In 2018, Tokyo Electric apologised after admitting its filtration systems had not removed all dangerous material from the water, collected from the cooling pipes used to keep fuel cores from melting when the plant was crippled.

It has said it plans to remove all radioactive particles from the water except tritium, an isotope of hydrogen that is hard to separate and is considered to be relatively harmless.

It is common practice for nuclear plants around the world to release water that contain traces of tritium into the ocean.

In April, a team sent by the International Atomic Energy Agency to review contaminated water issues at the Fukushima site said the options for water disposal outlined by an advisory committee in Japan – vapour release and discharges to the sea – were both technically feasible. The IAEA said both options were used by operating nuclear plants.

Last week, Japanese fish industry representatives urged the government to not allow the release of contaminated water from the Fukushima plant into the sea, saying it would undo years of work to restore their reputation.

South Korea has retained a ban on imports of seafood from the Fukushima region that was imposed after the nuclear disaster and summoned a senior Japanese embassy official last year to explain how Tokyo planned to deal with the Fukushima water problem.

During Tokyo’s bid to host the Olympic Games in 2013, then-prime minister Shinzo Abe told members of the International Olympic Committee that the Fukushima facility was “under control”.

The Games have been delayed to 2021 because of the pandemic and some events are due to be held as close as 60 km (35 miles) from the wrecked plant.

With sadness but no ceremony, Japan marks disaster anniversary