Justice Minister Adel Abdel Hamid issued a decree on Wednesday giving military intelligence and officers the power to arrest civilians until a new constitution is in place.

The decree was published in the 136th issue of the Egyptian Gazette on 13 June and should take effect Thursday.

The public prosecutor had given instructions to stop implementation of the Emergency Law as of 31 May, when Egypt's state of emergency expired, and to refer all crimes that were reviewed by state security courts under the law to regular criminal and misdemeanor courts.

The Emergency Law gave extensive powers to security bodies under ex-President Hosni Mubarak, allowing them to arrest and detain suspects for prolonged periods without putting them on trial or referring them to the appropriate judicial authorities.

The administrators for the We Are All Khaled Saeed page on Facebook, which was believed to have had an instrumental role in triggering the protests that fuelled the 25 January revolution, said that judicial sources they have consulted said the decree is a “new Emergency Law.”

“The decree reproduces the Emergency Law using new tools and threatens the state of law, for it gives military intelligence and military police powers of judicial execution in crimes committed by civilians,” Hamzawy wrote on his Facebook page. 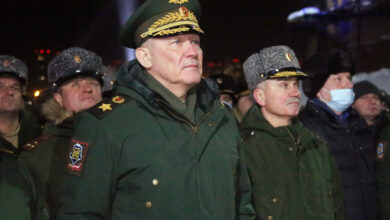 Qatar calls on its nationals to leave Ethiopia