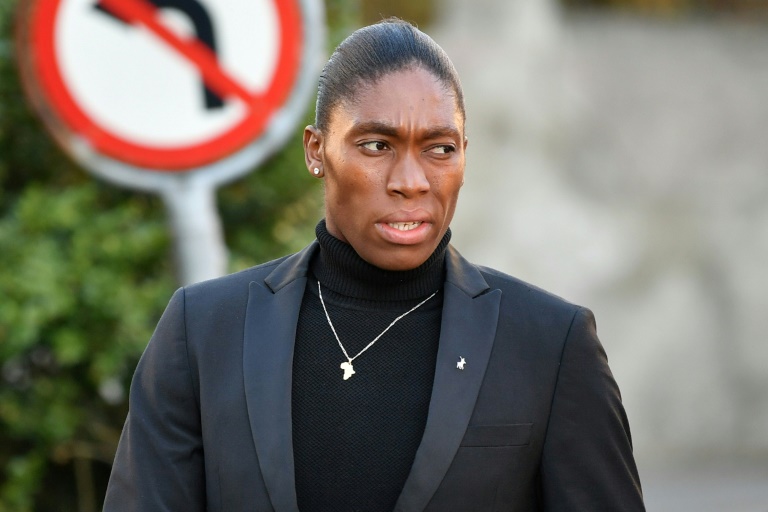 The world’s sports court will decide Wednesday on South African runner Caster Semenya’s challenge against rules regulating testosterone in female athletes, a verdict expected to have a profound impact on the future of women’s sport.

Semenya, a double Olympic champion, is fighting regulations imposed by the International Association of Athletics Federations (IAAF) that compel “hyperandrogenic” athletes — or those with “differences of sexual development” (DSD) — to lower their testosterone levels if they wish to compete as women.

The IAAF says the rules are essential to preserve a level playing field and ensure that all female athletes can see “a path to success”.

But Semenya’s cause has earned widespread support, including from a global coalition of nations and scientific experts who argue that testosterone is an arbitrary and unfair measure for determining gender.

The Court of Arbitration for Sport in Lausanne, Switzerland heard a week of arguments in the case in February.

Semenya, who has dominated over 800m in the last decade, has remained largely silent during the legal battle.

But scores of others have vocally rallied behind her.

In a rare intrusion into the world of sport, the United Nations Human Rights Council adopted a resolution last month branding the IAAF rules “unnecessary, humiliating and harmful.”

With unanimous support from the council’s 47 member-states representing every continent, the resolution marked a stunning rebuke for the IAAF.

But her most fervent support has come from her native South Africa, where the government has accused the IAAF of seeking to violate women’s bodies.

AFP/File / STRINGER Caster Semenya’s cause has earned widespread support, including a global coalition of nations and scientific experts who argue testosterone is an arbitrary and unfair measure for determining gender

Experts have meanwhile argued that barring certain women from competition due to naturally high testosterone levels would be like excluding basketball players because they are too tall.

Multiple scientists have noted that achieving excellence in sport is a combination of training, commitment as well as genetics and that barring people from competition over a single genetic factor has no scientific basis.

Sheree Bekker, a research fellow at the University of Bath, has argued that the IAAF is making policy based on “binary” definitions of gender that no longer apply.

“It is, therefore, unfair and unethical for the IAAF to make new regulations for women’s sport – to the effect of excluding some women – based on outdated definitions,” she wrote on The Conversation website earlier this month.

However, the IAAF is not alone, with athletes of the calibre of world marathon record-holder Paula Radcliffe backing the world body.

“It’s a very, very difficult and complex situation and I don’t feel there is an outcome that is perfectly fair to everybody,” the now-retired British runner told AFP last month.

But she said she believed the IAAF “are trying to protect female sport and create fair competition.”

The IAAF rules capping testosterone levels in women athletes at five nanomoles per litre (nmol/L) of blood were instituted in November 2018 but have been suspended pending Wednesday’s verdict.

The IAAF, led by British track champion Sebastian Coe, has maintained that its case is simply about fairness.

DSD athletes with male levels of testosterone “get the same increases in bone and muscle size and strength and increases in haemoglobin that a male gets when they go through puberty,” the federation has said.

Ensuring that all women athletes have female levels of testosterone is therefore necessary “to preserve fair competition,” it added.

Semenya’s testosterone levels are not publicly known, but if the IAAF rules are approved she is likely not the only athlete who will be affected.

The two athletes who finished behind her in the Rio Olympics 800m, Francine Niyonsaba of Burundi and Kenya’s Margaret Wambui, have also faced questions about their testosterone levels.