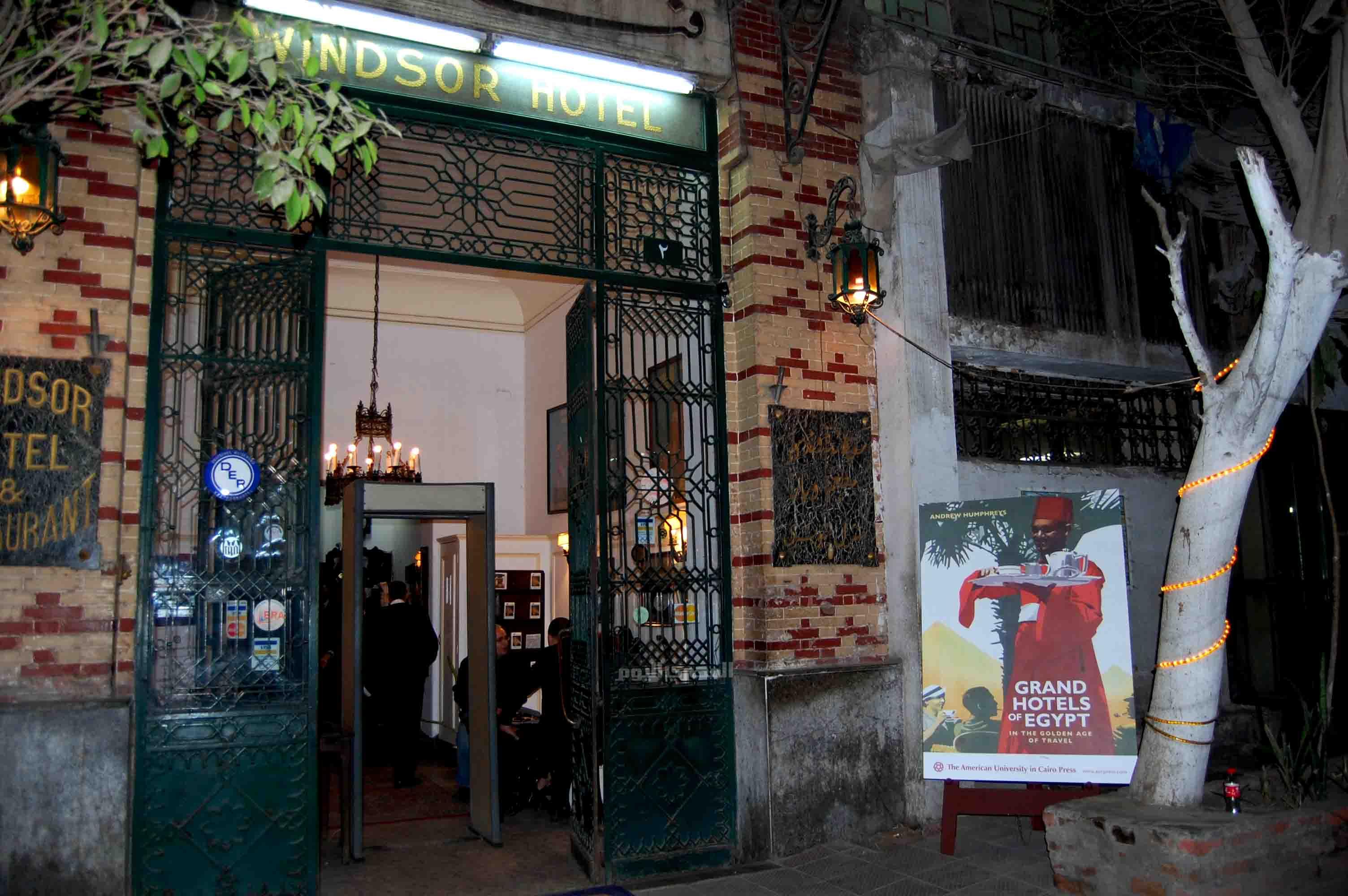 In “Grand Hotels of Egypt: In the Golden Age of Travel,” Andrew Humphreys gives a detailed history of the flourishing Egyptian travel industry between the mid-nineteenth and twentieth centuries, told through the hotels that defined it. “Grand Hotels of Egypt” intertwines the genres of history, travel literature, architecture and design to give the reader a sense of the social world created by the travelers who would come to Egypt for the whole winter season, bringing with them all the customs and institutions of life back home. Most of the hotels were only open from November or December through the spring when Europeans would escape the cold, dark months at home. Each hotel was distinct and attracted slightly different crowds who chose to set up their residence in them each winter. The book is divided between sections on Alexandria, Cairo, Luxor and Aswan with subsections specifically about the major hotels of the era such as Shepheard’s, the Mena House, Gezira Palace, the Winter Palace and the Cataract.

Andrew Humphreys is a London-based travel writer who first started coming to Egypt in the 1980s and is the author of “National Geographic Traveler: Egypt.” His wife, Gadi Farfour, designed the book and its jacket. Printed throughout are photos from the period, old travel advertisements and vintage luggage tags that each hotel used for their guests.

Humphreys makes the connection that the history of these hotels is also the history of the birth of international tourism in general. Egypt’s earliest travelers were British colonial administrators and their wives on their way to India. Sailing around the southern tip of the African continent took months, but the “overland route” — sailing to Alexandria then going up the Nile to Cairo and crossing the desert to Suez — took considerably less time. As writers began publishing their travelogues, fashionable society began wintering in Cairo as an alternative to the mild climate of the south of France, thus making Egypt one of the first places to attract travelers solely for the purpose of pleasure. Thomas Cook, who was responsible for creating the “package tour” as it exists today, was also influential in marketing Egypt as an Orientalist fantasy and attracting wealthy men and women of leisure to the concept of traveling for fun. The travelers would arrive by steamer in Alexandria and continue on to Cairo where they would be based for the remainder of their stay. From there, they would set off to sail up the Nile and back, a journey generally lasting about one month.

In Cairo, the hotels were more than just a place to sleep, they were the center of social life for expats. Those staying generally had little contact with Egyptians aside from their dragoman who acted as a tour guide and organizer. During its heyday, Shepheard’s was the hub of the social scene, next to the Azbakiya Garden, the focal point of Cairo at that time. Humphrey’s describes Shepheard’s as, “Well before London’s Savoy or the Paris Ritz, Shepheard’s was the epitome of glamour, a hotel from which explorers set off for Africa, where kings entertained mistresses, where movie stars rubbed shoulders with officers on leave from the desert war, their uniforms still dusty with the sands of El Alamein — and spies hovered in the hope of minds being softened by the congenial atmosphere.”

Of the hotels featured in this book, only a few remain and most have been dramatically altered architecturally since they were built. Humphreys has researched the architects involved in each construction and renovation and the contributions they made. Among those that can still be visited today are the Cecil in Alexandria, the Mena House, which overlooks the Pyramids and the Gezira Palace, now part of the Marriott in Zamalek. The Winter Palace is in Luxor and the Cataract is in Aswan. The Windsor in Cairo is the most unchanged.

Some hotels are long gone. Shepheard’s burned down in 1952 (the hotel on the corniche took the name but is not really related), the San Stefano was demolished in Alexandria, the Continental-Savoy building is still in downtown Cairo but it is no longer a hotel and the old Semiramis was torn down in the 1970s and the new high rise was put in its place.

On 4 March, the American University in Cairo Press hosted an event to launch the publication of “Grand Hotels of Egypt”at the bar in the Windsor Hotel on Alfi Street in downtown. At the event, Humphreys said the Windsor is his favorite of the old hotels to visit these days because it is the most untouched. This can be good or bad, depending on how you look at it. The bar retains much of its original atmosphere — you feel like you could be in a Swiss chalet or a cozy British pub a century ago, except with free Wi-Fi. The dining room is open to the public and serves reasonably priced mezzes and grills. History is everywhere in the old hotel from the ancient elevator to the burned and blackened painting in the dining room with a plaque underneath explaining that it had been damaged on Black Saturday in 1952 when anti-British riots targeted British establishments in Cairo.

At a time when the tourism industry in Egypt is facing challenges, Andrew Humphreys has made a valuable contribution to documenting the hotels that helped create one of Egypt’s most important sectors.