Facebook Twitter LinkedIn
Cairo Criminal Court will resume Tuesday the retrial of former President Hosni Mubarak, his two sons Gamal and Alaa, former Interior Minister Habib al-Adly and six of his top security aids over the killing of protesters in the 25 January revolution.
The court is set to hear the rest of the prosecutor's argument as it will hear the defendants' lawyers on 5 May. The prosecutor argued in the previous session that the defendants incited the police to kill protesters.
He referred to the testimony a number of eyewitnesses including injured protesters, protesters who were not injured and doctors in different governorates like Cairo, Suez, Alexandria, Beni Suef, Gharbiya, Qaliubiya and Sharqiya. Eyewitnesses said they witnessed policemen in police vehicles while running over protesters to disperse and kill them, the prosecutor added.
Doctors said they have received critically and fatally injured protesters with bird shot and live bullet at field hospitals and hospitals. Shooters intended to cause harm to protesters, a doctor testified after examining many injuries, the prosecutor said.
The court has decided to lift its live-broadcast ban on the case allowing the Egyptian television to report proceedings and other media outlets' coverage.
The defendants are charged with plotting to kill protesters during the 25 January revolution, spreading chaos and causing a security vaccum. Mubarak, and his two sons are also being tried over financial corruption, abuse of power and selling Egyptian gas to Israel at low prices.
Edited translation from Al-Masry Al-Youm
Tags
25 January Mubarak retrial Mubarak sons 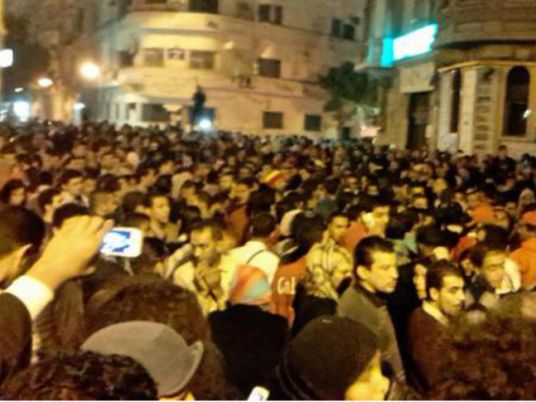