For the fifth time, Egyptian squash champion Nour El-Sherbiny has won the World Squash Championship, which came to a close this week in Chicago.

The win is also the second in a row for Sherbiny, who took home the title in last year’s tournament.

Egypt’s Ali Farag will meet in the men’s final his colleague Mohamed al-Shorbagy.

How Qatar ended up hosting the World Cup 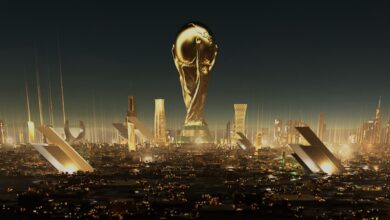