A massive fire erupted after a petroleum tanker trailer overturned on the Ring Road on Saturday, injuring eight people and burning seven vehicles.

No fatalities were reported. 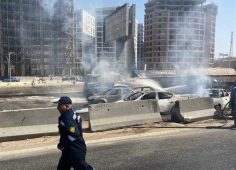 The petroleum tanker had been traveling from the Fifth Settlement to Monieb. 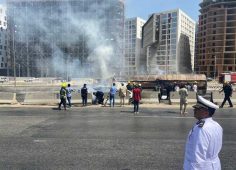 According to a Ministry of Health statement, the injured were all transferred to the nearby National Bank of Egypt Hospital. It added that they suffered fractures, bruises, abrasions and burns, and are all receiving the necessary care. 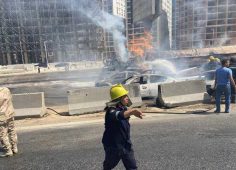 The General Traffic Department announced that the fire had been brought under control, the wreckage of the accident was removed from the road, and that traffic was restored to normal. 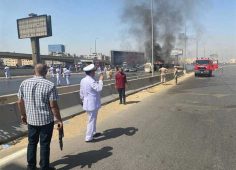 US dollar price rises by one piaster in Egypt Tuesday