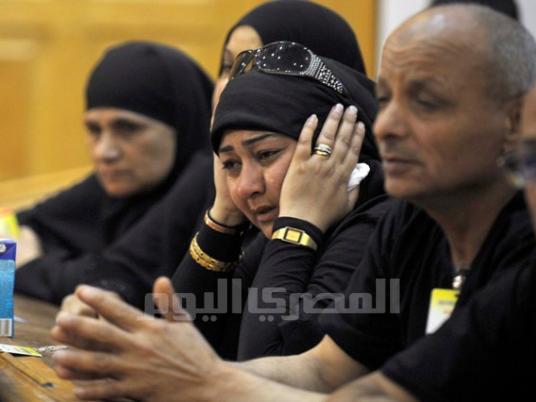 Defense lawyers had asked that the testimonies of some witnesses be repeated, and also requested to review the court’s inspection of the Port Said Stadium and to review the prosecution’s case.

Manal Mostafa, a lawyer for one of the civil claimants, said the trial documents prove that the defendants committed crimes of murder, treason and collusion.

“It was not an accident,” Mostafa said. “It was a fiendish scheme by the defendants who have unlawfully killed, and thus must serve as an example for evil.”

Mostafa requested the maximum penalty for the defendants. She also asked that the interior minister and the president of the Masry Club pay LE100 million to the families of the victims in compensation.

Mohamed Zaky, a civil claimant, accused the defendants of premeditated murder, and the police of colluding with them by allowing them to enter the stadium with bladed weapons and explosives.

Some 75 are implicated in the case that held its first hearing last March, including former Port Said head of security, three of his aides, police officers who were securing the match and some Masry Club fans.

Two parties took part in this crime, said the prosecution representative, Mahmoud al-Hefnawy, during Sunday's court sessionn. The first party includes criminals who infiltrated the fans and executed the crime in association with members of the fan club.

This party introduced caused the most harm, inflicting damage as if on a battlefield, Hefnawy said. They ambushed the fans on their way in and out of the stadium, he continued.

The second party includes officers from the Interior Ministry who colluded in the crime by not protecting the victims or attempting to separate the fans of the two clubs after Masry fans stormed the field and and climbed to the stands of Ahly fans, according to Hefnawy.

Hefnawy stated in his four-hour long argument that the Port Said head of security knew of the attack six days before the match occurred. His colleague Mohamed Homos had warned him of a potential crisis, Hefnawy stated.

"In addition to the security leaders, the charged officers knew about the crime and helped the perpetrators by allowing them into the match with bladed weapons and fireworks,” he continued.

The officers closed the exits of Ahly club before the end of the game, based on an order of the head of security to close the doors, Hefnawy concluded.