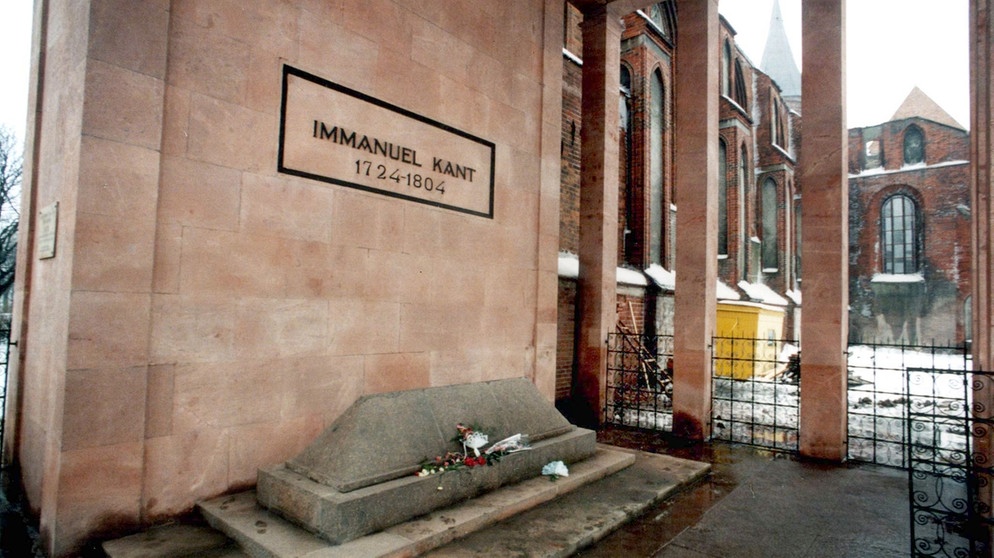 German philosopher Immanuel Kant has sparked an unexpected controversy in his Russian hometown over the prospect of naming the airport after him, with a top naval officer branding him a “traitor” and vandals throwing paint at his tomb.

Kant was born and spent most of his life in Prussian Koenigsberg, which was renamed Kaliningrad after coming under Soviet control in the wake of World War II. Today Russia’s westernmost city, it hosted World Cup matches this year.

Until recently the philosopher was leading an online poll to choose a name for the city’s airport, currently called Khrabrovo after the nearby village.

This sparked a furious row with one lawmaker branding Kant a “Russophobe”, despite an absence of historical evidence that the philosopher harbored strong feelings toward the Russian Empire.

In a video on regional media, a senior Russian naval officer says in a speech to servicemen assembled on a parade ground to vote against Kant in the poll, saying he “betrayed his motherland”.

The philosopher, a central figure in Western thought, has now sharply dropped in the rankings below Empress Elizabeth Petrovna, whose army captured the city in 1758 but abandoned it five years later.

Kant, during that brief period of Russian rule, unsuccessfully sought a teaching post at the local university.

“He demeaned himself to get a department in the university, so that he could teach and write some strange books that none of those present here today have read,” the naval officer, identified by local media as Vice Admiral Igor Mukhametshin, chief of staff of the Baltic Fleet, says in the video.

Kremlin spokesman Dmitry Peskov said Tuesday that he had not seen the video, adding that the debate shows that “people are passionate” about the airport-naming project.

Votes are under way to rename airports in dozens of Russian cities, with several others also hit by controversy.

The viral video follows other attacks on Kant in Kaliningrad, which was heavily bombarded during World War II and almost entirely rebuilt in Soviet style while the German population was expelled.

In an op-ed for pro-Kremlin website Vzglyad, Kaliningrad regional lawmaker Andrei Kolesnik called the philosopher a “Russophobe”, adding that it would be unpatriotic to “Germanize” the airport.

“The author of the ‘Critique of Pure Reason’ cannot be one of the main symbols of a Russian region,” Kolesnik said.

– ‘Dislike of everything German’ –

Last week, three Kant-related locations were vandalized with paint: his tomb, a monument to the philosopher and a memorial plaque marking the spot where his house once stood.

Flyers strewn around the monument expressed relief that “the name of the German Kant will not tarnish our airport.”

The spokesman for Kaliningrad’s Brick Gothic-style basilica, which houses Kant’s tomb, said he could not understand the motive behind the anti-Kant protests.

“For Kaliningrad residents, for thinking people, Kant is not a citizen of any particular country, he is an individual of a planetary scope,” spokesman Vladimir Silinevich told AFP.

Vadim Chaly, head of the philosophy department at the Immanuel Kant Baltic Federal University in Kaliningrad, said that if Russians objecting to Kant actually read his works, they would find that his values are the “normal values of any modern society, including Russian”.

“Kant’s figure is vaguely disliked by the part of Russian society which hasn’t yet figured out their own ideas, let alone Kant’s,” Chaly told AFP.

A philosophy student at the university, Mikhail Shipilov, said police questioned him after he proposed a rally in support of Kant on his social networking page.

He told AFP he has since spent several days trying to get the authorities’ permission for the event, calling the experience “Kafkaesque”.

He said he thinks the Kant controversy stems from a “dislike of everything German” harbored by some Russians: “Kant is a German, therefore he’s an enemy.”