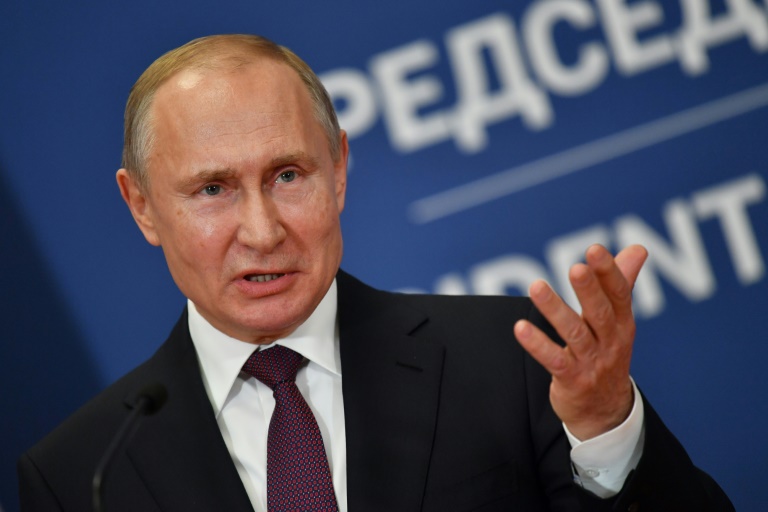 Moscow on Wednesday insisted the range of a missile system that has prompted Washington to say it will withdraw from a key Cold War arms treaty is allowed under the agreement.

The Intermediate-Range Nuclear Forces treaty bans missiles with a range above 500 kilometres.

Russia has long denied it violates the treaty but Wednesday’s briefing was the first time it has offered details of the missiles in question.

“The distance was confirmed during strategic command and staff exercises” in 2017, Matveevsky told an audience of journalists and military attaches.

Matveevsky said Moscow was presenting details of the cruise missile system in the interests of “voluntary transparency”.

“The treaty must be preserved. It is for the American side to make the choice,” said deputy foreign minister Sergei Ryabkov, who was also at the briefing.

The United States and Russia agreed to the INF treaty in 1987.

Last month Washington gave Russia a 60-day deadline — which ends on February 2 — to dismantle the missiles it claims breach the agreement or the US would begin the six-month process of formally withdrawing from the deal.

Russia and the US have accused each other of being in breach of the agreement and Washington has said honouring it no longer made sense.

Russian Foreign Minister Sergei Lavrov has said Moscow is ready to work with Washington to save the agreement, after bilateral talks in Geneva on the INF this month failed to resolve the impasse.

Russian President Vladimir Putin has threatened to develop nuclear missiles banned under the INF treaty if it is scrapped.

He said in December he was open to the idea of other countries joining the deal or to starting talks on a new agreement.

Putin has also said that if Washington moved to place more missiles in Europe after ditching the deal, Russia would respond “in kind” and that any European countries agreeing to host US missiles would be at risk of a Russian attack.

The European Union has urged Russia and the US to save the deal.

Signed towards the end of the Cold War by then US president Ronald Reagan and Soviet leader Mikhail Gorbachev, the treaty bans ground-launched missiles with a range of between 500 and 5,500 kilometres.

The deal resolved a crisis over Soviet nuclear-tipped ballistic missiles targeting Western capitals, but put no restrictions on other major military actors such as China.

Russia's Putin: nothing to stop us adding other states to nuclear pact