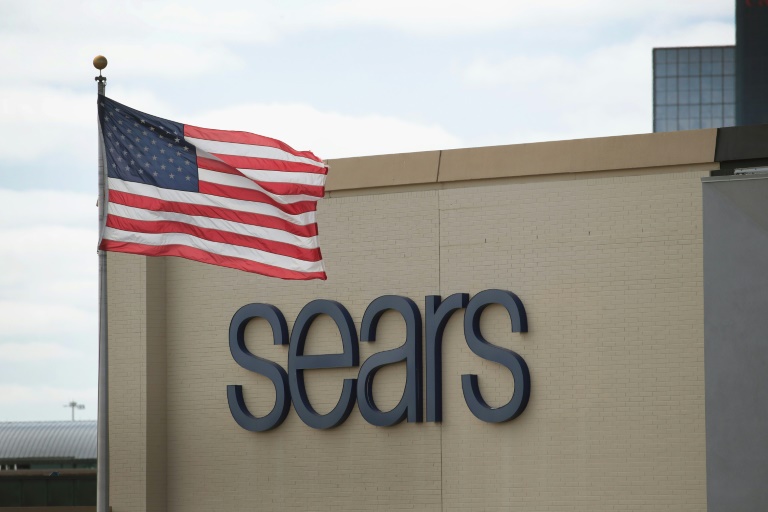 Sears, an anchor of retail life for generations of Americans, filed for bankruptcy on Monday and said it was closing almost 150 stores, the latest marquee victim of the online era.

Founded in 1886 as a mail order catalog company, it went on to pioneer the department store industry, selling all things to all people, and by the mid-20th century had built a vast empire that stretched across North America.

But in recent decades the company struggled in a quickly shifting retail environment, battered by competition from big-box stores and then by the meteoric rise of Amazon and other e-commerce players.

Sears Holdings Corporation, also the parent company for Kmart, which merged with Sears in 2005, said in a statement it had filed for bankruptcy protection in Manhattan.

The company been drowning in debt exceeding $5 billion and reportedly could not make a $134 million payment that had been due on Monday.

Shares in the Sears plunged almost 24 percent on Wall Street.

Edward Lampert, chairman of Sears Holdings, said the insolvency filing would give the company the “flexibility to strengthen its balance sheet” and enable it to accelerate a strategic transformation.

Sears said it intended to reorganize around a smaller store platform, a strategy it said would help save tens of thousands of jobs.

But outside the company, its insolvency was greeted as an ignominious shipwreck.

“Today is a day that will live in retail infamy,” Neil Saunders, managing director at GlobalData Retail, said in a statement.

“That a storied retailer, once at the pinnacle of the industry, should collapse in such a shabby state of disarray is both terrible and scandalous in equal measure.”

Saunders said company leadership had failed to change with the times and that its future was very much in doubt.

“In our view, too much rot has set in at Sears to make it viable business,” he said.

“The brand is now tarnished just as the economics of its model are firmly stacked against its future success.”

Sears Holdings had 89,000 employees as of February, according to a filing with the Securities and Exchange Commission — down from almost 350,000 a decade ago — with 547 Sears and 432 Kmart stores.

It announced Monday it would close 142 unprofitable stores near the end of the year, in addition to the previously announced closure of 46 stores by November.

While retaining his chairmanship, Lampert will step down as CEO, with the role handled by other senior executives as part of a new “Office of the CEO.”

Sears added it had received commitments for $300 million in debtor-in-possession financing and was negotiating for an additional $300 million.

Jerry Hancock, a self-described Sears scholar and historian, told NPR the outlet was an “American institution.”

“For the older generation, it’s the changing of the times. Sears was just such an integral part of their childhood, building that American family.”

In the 1890s, the Sears catalog “completely changed American life,” said Hancock, offering consumers exotic items they had seen at the World’s Fair or had read about, like cream separators and Singer sewing machines.

Sears is far from the only iconic retailer to fall by the wayside as more consumers switch to shopping online.

In March, Toys R Us announced it was shuttering all of its US stores while other big names such as Macy’s and JC Penney also have been forced to close numerous locations and lay off workers.

American shopping malls in turn have pivoted toward a new generation of stores, food and entertainment, including players that began online before graduating to bricks and mortar.

Other additions include trendy gym chains, and Dave & Buster’s, whose video game and pro-sports viewing restaurants are emblematic of the “experiences, not stuff” mantra now resonant among consumers.

Toys R Us goes into administration in Britain, putting 3,000 jobs at risk