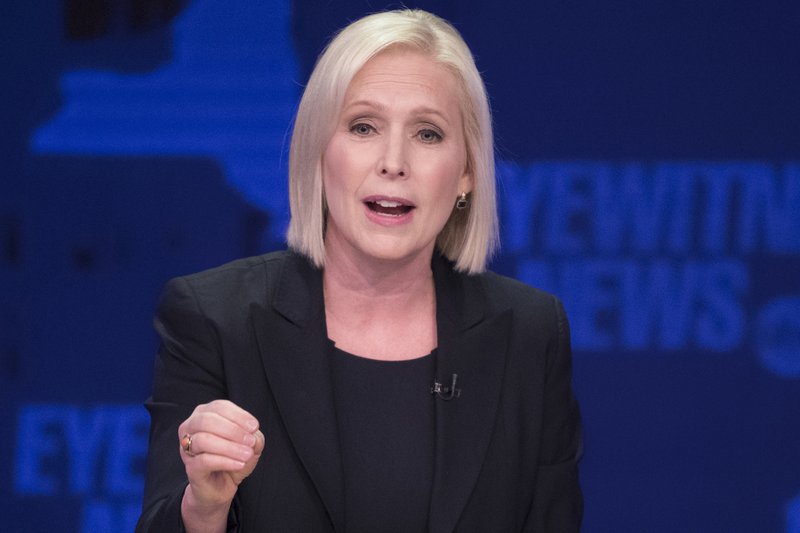 “It’s an important first step, and it’s one I am taking because I am going to run,” the New York senator said on “The Late Show with Stephen Colbert.” She listed a series of issues she’d tackle as president, including better health care for families, stronger public schools and more accessible job training.

Gillibrand, 52, has already made plans to campaign in Iowa over the weekend, more than a year before the leadoff caucus state votes.

She joins what is expected to be a crowded primary field for the Democratic nomination that could feature more than a dozen candidates. Already, Massachusetts Sen. Elizabeth Warren has announced her own exploratory efforts, and decisions by a number of other senators are expected in the coming weeks.

TONIGHT: @SenGillibrand stops by @colbertlateshow to announce that she is forming an exploratory committee to run for President of the United States! #LSSC pic.twitter.com/vPUpF1gs8z

Gillibrand, who was appointed to the Senate in 2009 to fill the seat vacated by Hillary Clinton, has been among the Senate’s most vocal members on issues like sexual harassment, military sexual assault, equal pay for women and family leave, issues that could be central to her presidential campaign.

“I’m going to fight for other people’s kids as hard as I would fight for my own,” said Gillibrand, a mother of two sons, ages 10 and 15.

As she works to distinguish herself from likely rivals, Gillibrand will be able to draw from the more than $10.5 million left over from her 2018 re-election campaign that she can use toward a presidential run.

Gillibrand pledged during her Senate campaign that she would serve out her six-year term if re-elected.

She will use Troy, New York, where she lives, as a home base for her presidential efforts.

Near the end of their interview, Colbert presented Gillibrand with a basket of campaign gifts, including an ear of yellow corn to wave in Iowa, a piece of granite for New Hampshire and a one-of-a-kind button that reads “I announced on the Late Show with Stephen Colbert.”

Commentary: Why a Republican won’t beat Trump in 2020

FBI opened probe into whether Trump working for Russians: report