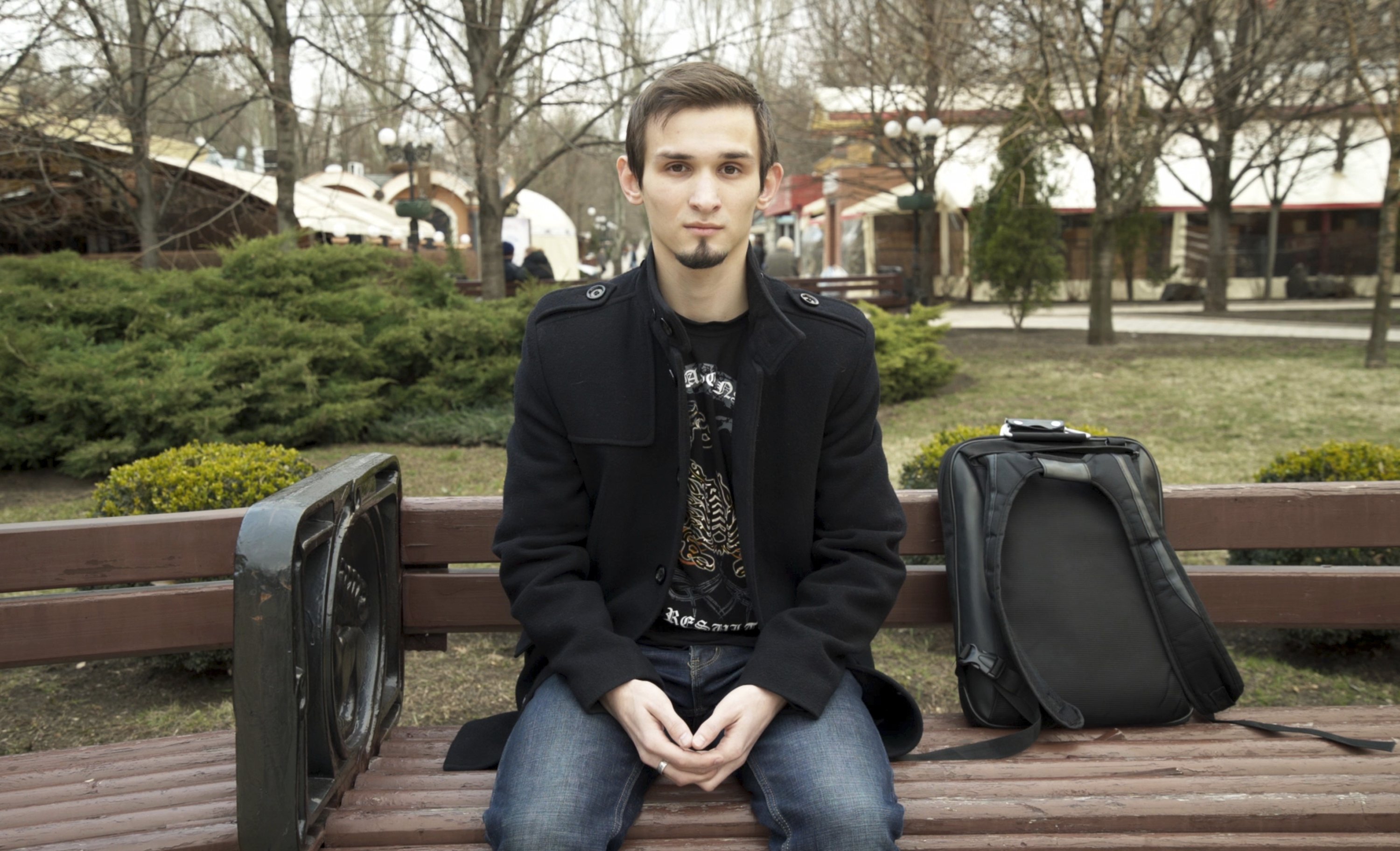 KIEV, Ukraine (AP) — Five years after a deadly separatist conflict broke out in eastern Ukraine, the front line between government forces and Russia-backed separatists has become a de-facto border, cutting off a generation of first-time voters from Sunday’s presidential election.

Only those who left their homes in the east to live in areas under government control will be able to cast ballots for Ukraine’s new president.

Since 2014, a separatist war in Ukraine’s industrial heartland of Donetsk and Luhansk has killed more than 13,000 people and has prompted many to seek the relative stability of government-controlled areas.

The mood on both sides has become increasingly entrenched. The people who stayed behind in Donetsk are often viewed in Kiev as Moscow supporters, while those who fled for the government-controlled areas are sometimes treated as traitors in their hometowns.

The residents of Donetsk and Luhansk were able to vote in Ukraine’s last presidential election in May 2014, when Petro Poroshenko was elected president. Election officials and voters were intimidated by separatists who shut down some polling stations, but many stayed open. This year, the Ukrainian government has no presence in the rebel region and anyone wanting to vote would have to cross the front line to do so, which could bring retaliation at home.

Ukraine says 35 million people will be able to vote in Sunday’s election, but does not say how many of those voters are stuck in separatist regions or in Russian-occupied Crimea.

The Donetsk and Luhansk regions were home to more than 6.5 million people before the war but their statistics agencies this year put their current population at 3.7 million. Crimea has about 2 million people. None of them can vote in their cities and towns.

On a recent morning in Donetsk, a lecturer was teaching a class about the current, chaotic situation in Venezuela, stressing how the United States picks and chooses the regimes they like in the Western hemisphere. The presidential campaign in the Ukrainian capital, Kiev, where the U.S. has a major footprint, seemed like it was happening in another country.

Maxim Kaluga, who studies international relations at the Donetsk National University, toes the separatist line that the latest Ukrainian presidential election is not legitimate because Ukrainian authorities are oppressing people.

Kaluga was 16 when Russian and Russian-backed gunmen seized the administrative building in his native city of Donetsk, once a bustling commercial center. Several months later, the war was in full swing. One afternoon, his friend nearly died when a bus stop was shelled near Kaluga’s house.

“That was the scariest thing,” he says.

Speaking out in favor of re-uniting with Ukraine is risky in Donetsk, where activists have been detained, tortured and faced bogus charges on suspicion of being Ukrainian government sympathizers. But what is perceived as Ukraine’s blockade of the east has also embittered many against the Ukrainian government.

After Russia annexed Ukraine’s Black Sea peninsula of Crimea in 2014, Russia threw its weight behind separatists in eastern Ukraine but stopped short of annexing the region. There has been no indication from the Kremlin that Russia wants to annex Donetsk and Luhansk, which are too economically depressed and are nowhere near as predominantly Russian-speaking as Crimea.

Asked if he could see his region returning under the Ukrainian government’s rule, the 21-year-old student says they are “not compatible anymore.”

Nearby, in muddy trenches that look like they are straight out of World War I, a 20-year-old soldier who goes by the nom de guerre of Bach patrols the front line, 700 meters (less than half a mile) away from Ukrainian government positions in the Donetsk region.

Hostilities here died down after a tentative peace accord in 2015 but never fully stopped, meaning that thousands of people like him have to man front-line positions on both sides of the unending conflict.

The fighter says many young people in the east are conflicted about the future of the Donetsk and Luhansk regions.

“Young people are divided here,” he says. “Some think that we have no prospects on our own or as part of Russia, only as part of Ukraine. Some support the Donetsk republic but are too afraid to fight.”

In Kiev, 18-year-old Ivan, whose family left Luhansk in 2016, studies on a full scholarship at a private college. He hopes to eventually enroll in a university overseas to study waste management, something that is still an obscure concept in Ukraine. His parents have spent all their savings to move to Kiev.

Living in an unrecognized separatist republic “would close too many doors for us,” says Ivan , who asked that his last name not be used for fear his relatives in Luhansk would face repercussions.

Ivan is eager to vote in the upcoming presidential election because he is convinced that an individual can make a difference.

“I do believe I can make a difference,” he said. “Every citizen should have a position because if you don’t come out, if you don’t do anything, nothing will ever change.”

Many natives of eastern Ukraine who left feel it is too dangerous for them to come back to the region even for a visit because of their pro-Western views.

Kateryna Savchenko works in radio in Kiev and acts in a theater collective mostly made up of internal exiles. She left her eastern hometown of Horlivka in 2014 but is optimistic about her future in Ukraine.

“I see no room for development there. Things are much better on the Ukrainian side,” she says. “It’s great that in this country we have an opportunity to choose.”

Photo: In this image made from video taken on Wednesday, March 27, 2019, university student Maxim Kaluga, 21, speaks to the Associated Press in Donetsk, Ukraine. Five years after a deadly separatist conflict broke out in eastern Ukraine, a generation of first-time voters in rebel-held Donetsk and Luhansk has been cut off from Ukraine’s presidential election on Sunday, March 31. (AP photo)