A Christian girl who disappeared Saturday in Sharqiya after converting to Islam is being held at the governorate’s security department, Governor Azazy Ali Azazy said Wednesday.

He said a church that some accused of holding her had nothing to do with her absence.

Azazy denounced recent attempts by Muslim residents of Mit Bashar village to storm the church because they thought she was being detained there.

The governor said the girl had not been kidnapped and that recent tension over the incident was an attempt to spark sectarian feuds. He urged residents to maintain self-restraint.

News reports had said tensions grew after the disappearance of 14-year-old Rania Khalil on Saturday. A number of angry Muslims gathered at the church during the last couple of days, accusing it of hiding the girl.

The liberal Al-Wafd newspaper said Khalil and her brother Reda converted to Islam a year ago after their father converted. The paper also said the girl had gotten engaged to a Muslim man two weeks before she disappeared Saturday.

Fighting broke out late Tuesday between police and Muslim residents on the road leading to the local church. Some young people tried to break into the church before security forces dispersed them with tear gas.

Some protesters hurled Molotov cocktails and stones at security personnel stationed around the church, which left five officers injured.

Eyewitnesses said police withdrew four divisions of Central Security officers Wednesday after the situation stabilized. They said security officials have managed to assure angry citizens that the girl will be returned to her father.

Young Muslim residents had earlier accused security officials and MPs for the governorate of misleading them. They said Khalil did not return to her father, which prompted them to clash with security forces.

Some residents criticized authorities for cutting electricity during the events, saying the move could give vandals a chance to storm the church and fuel tensions again.

Meanwhile, MP Marianne Malak Kamal submitted a motion early Wednesday to the People’s Assembly speaker to request a parliamentary discussion of the situation in Mit Bashar.

Several incidents of sectarian violence over the past few years have been sparked by someone’s conversion to Islam or Christianity. Rumors about a church holding a Muslim convert in the Cairo suburb of Imbaba last May led to clashes that left 15 dead. 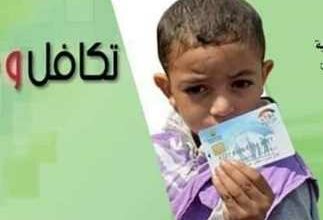