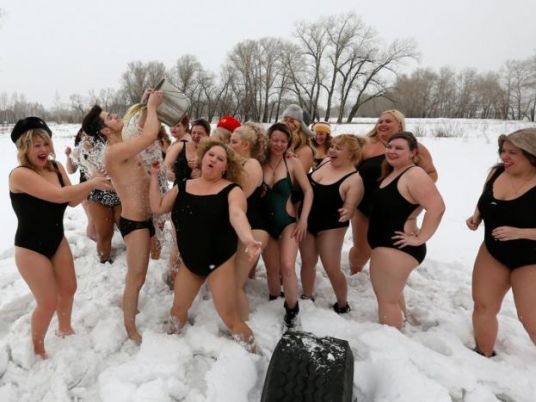 In Russia's snowy Krasnoyarsk province, women prepare for a plus-sized beauty contest parade around a hall, dressed in ball gowns and swimsuits — but they also take classes in kick-boxing and dancing. 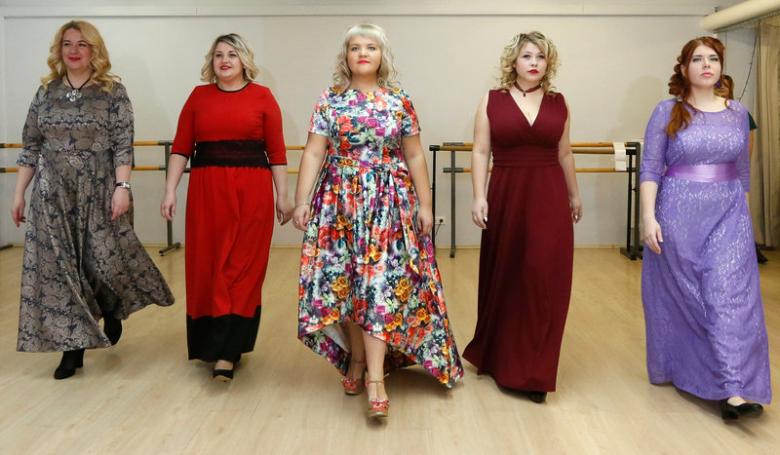 Models of the SibPlus Models agency and participants of the Miss Doughnut beauty competition walk during a rehearsal in Krasnoyarsk, Siberia, Russia, March 4, 2017 (Ilya Naymushin / Reuters).

The competition, now in its second year, is organized by a local modeling agency, SibPlus. Inna Sertrakova, who works at the agency, said the pageant in May aims to challenge Russian attitudes that equate beauty with an ultra-slim figure. 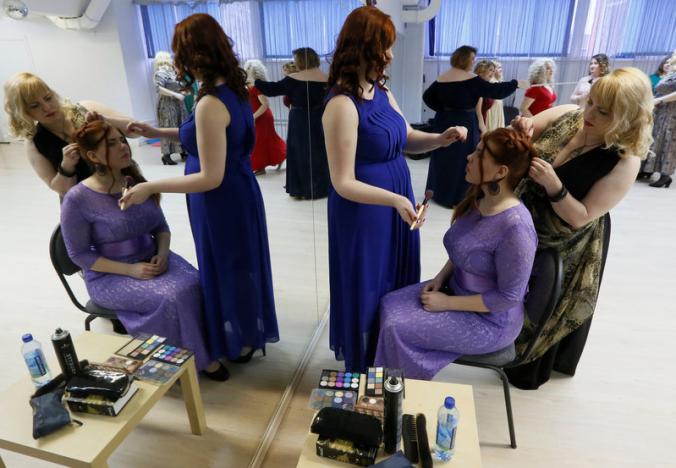 "We want to show off our femininity even though it doesn't conform to current fashion standards because we want to be seen as beautiful," said Olga Olesnitskaya, 25, who won the competition in 2016.

Another of last year's contestants, Aleksandra Ryzhenkova, a violinist for the Krasnoyarsk State Opera Theatre and Ballet, said taking part had helped boost her self-image.

"After my children were born I put on a lot of weight and started trying to hide my figure, she said. "But now, after the competition, all of my insecurities melted away."