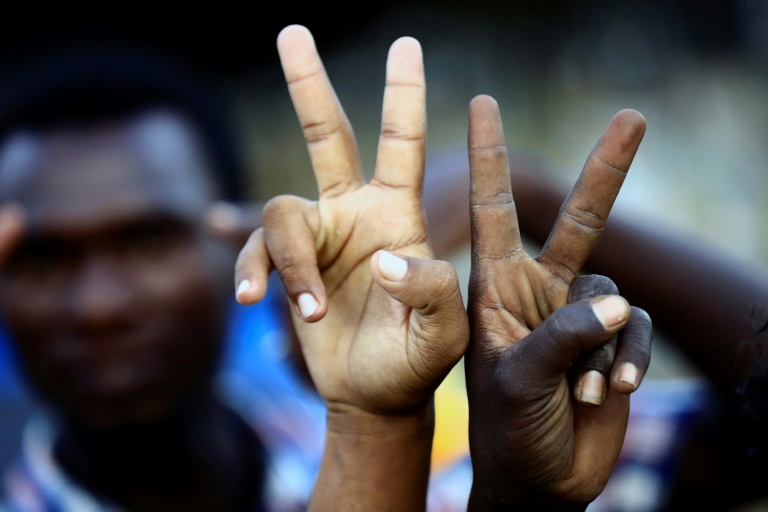 Sudanese army rulers and protesters failed Tuesday to reach an agreement yet again on the make-up of a new ruling body as negotiations also became deadlocked over who should lead it — a civilian or soldier.

The two sides launched a round of new talks late Sunday over the sovereign council to rule Sudan for a three-year transitional period following last month’s ouster of longtime autocrat Omar al-Bashir.

The military council that replaced him has faced international pressure to install a civilian-led administration — a key demand of thousands of demonstrators who have spent weeks camped outside Khartoum’s army headquarters.

Late on Monday the military council and the protest movement the Alliance for Freedom and Change met again at the presidential palace to finalize the proposed ruling body but they were unable to clinch a deal.

Neither side said when talks would resume, but one of the protest leaders Siddiq Yousef told reporters that “the negotiations are suspended between us and the Transitional Military Council until there is a breakthrough.”

The ruling military council did not say if talks had been suspended.

AFP / Mohamed el-Shahed Demonstrators began their sit-in against autocrat Omar al-Bashir on April 6, but refused to move after his ouster by the military, vowing instead to stay until a civilian government was installed

“The main point of dispute that remains is concerning the share of representatives of the military and the civilians in the council and who will be the head of the new body,” a joint statement issued by the generals and protest alliance said after talks ended around midnight.

Satea al-Haj, a prominent leader of the Alliance for Freedom and Change, said Tuesday that the military council has insisted that the president of the sovereign council should be from the military and has “conclusively” rejected a civilian leader.

“They are justifying it by saying the country faces security threats,” he earlier said.

The protest movement insists civilians must form the majority of the body’s members, a demand resisted by military leaders but backed by major world powers, Haj added.

“The international community and the African Union will not accept to deal with a military government,” he said.

Generals and protest leaders have already agreed on some key issues, including a three-year transition period and the creation of a 300-member parliament dominated by lawmakers from the protesters’ umbrella group.

The new sovereign council is expected to form a transitional civilian government ahead of the first post-Bashir elections.

But observers say the body may turn out to be only symbolic, with real power resting in the office of the prime minister and the cabinet.

An agreement on the new council’s make-up had been expected last week.

But the generals suspended the negotiations for 72 hours, demanding that protesters remove roadblocks they had erected on several Khartoum avenues before any negotiations could proceed.

Protesters duly tore down the barricades, but have warned that they will build them again unless the generals transfer power to civilians.

The generals have allowed protesters to continue with their sit-in at the army complex.

Demonstrators began their sit-in against Bashir on April 6, but refused to move after his ouster by the military, vowing instead to stay until a civilian government was installed.

Protesters accuse the generals of clinging to power and ignoring their demands.

“A dirty political game is being played by the military council,” said Mustafa Sadiq, who spent the night at the army complex.

The protesters’ umbrella group on Monday urged demonstrators to be patient.

“Victory is just a matter of patience and it is getting close,” the Alliance for Freedom and Change said.

“It is time to achieve our goals.”