The 23-year old Egyptian Taekwondo fighter Hedaya Malak Wahba won a bronze medal on Friday morning, bringing Egypt its third medal in the Rio Olympics, all of them bronze.

Wahba is Egypt's second female Olympic athlete to win a medal in Rio 2016, after Ahmed, and the first Arab and Egyptian female medalist in Taekwondo.

Wahba trains at Al-Said Club and is a member of Egypt's national Taekwondo team. According to Aswat Masriya, she was born on April 21, 1993.

She started practicing the Korean martial art, which relies heavily on kicking, when she was 10 years old. She joined Egypt's junior national team before moving to the senior team. 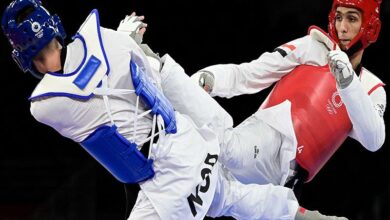