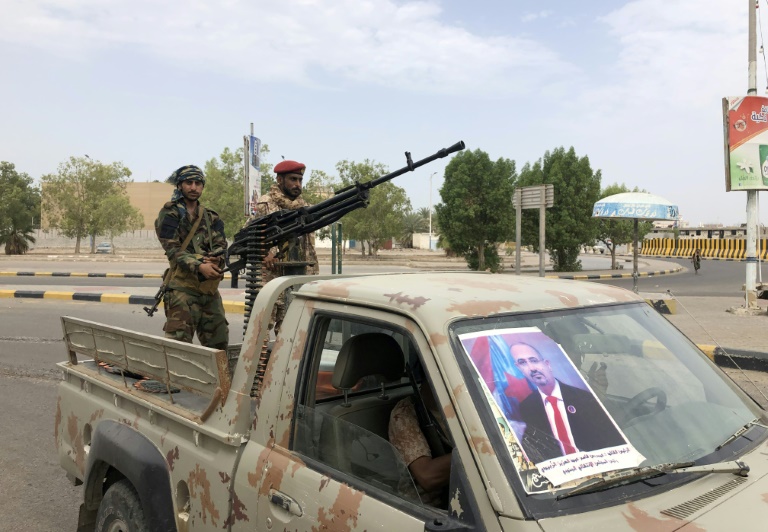 ADEN (Reuters) – Talks to end a violent power struggle in south Yemen have stalled and both sides appear to be preparing to resume fighting, officials said on Friday, suggesting more turmoil lies ahead on a new battlefront that risks further fragmenting Yemen.

Saudi Arabia, leader of an Arab coalition battling Yemen’s Iran-aligned Houthis, is hosting indirect talks to resolve the crisis between UAE-backed separatists and the Saudi-backed government amid a rift between Riyadh and its ally Abu Dhabi.

The war for the south between the two nominal allies in the coalition is threatening to complicate U.N. efforts to end the multi-tiered war, which contains conflicts within conflicts.

Saudi Arabia called on the separatists, who seek to revive the former South Yemen republic, to cede control of Aden and voiced its support for President Abd-Rabbu Mansour Hadi’s government on Thursday, threatening “to react decisively”.

Two Yemeni officials said the Saudi statement came after the talks, in the Red Sea city of Jeddah, reached a dead-end and both sides were gathering troops to prepare for further battle.

Leaders of the Southern Transitional Council (STC), backed by Abu Dhabi, rejected the inclusion of their forces under the authority of the Saudi-backed government, they said.

The STC has tens of thousands of fighters armed and trained by UAE’s armed forces.

“The situation is headed towards war, so be ready people of the south… Talks have failed, war is declared,” the STC’s Security Belt forces said in a twitter post early on Friday.

Yemen’s information minister, Moammar al-Eryani, declined to give details on the talks, but said “the STC’s demands mean legitimizing taking up arms against the State”.

“We cannot accept the existence of armed groups outside the government’s authority, it is against the constitution and the law,” Eryani added.

Abu Dhabi and an STC spokesman did not immediately respond to Reuters’ requests for comment.

The breakaway movement is part of the Saudi-led coalition that intervened in Yemen in March 2015 to restore Hadi’s government which was ousted from power by the Houthis in the capital Sanaa in late 2014.

But the separatists seek independence and turned on the government in early August and captured Aden, its interim base. Southern fighters have clashed with government forces elsewhere in the south as they tried to extend their reach.

On Thursday, the separatists organized a rally in Aden where thousands of Yemenis gathered in support of the UAE. The Gulf state last week openly intervened to support the separatists by launching air strikes on government forces as they tried to recapture Aden, forcing them to withdraw.

Saudi Arabia called on both sides to refocus on battling the Houthis, who hold the capital Sanaa and most major urban centers. Saudi ambassador to Yemen Mohammed Al Jaber on Friday urged both sides to commit to the dialogue and avoid bloodshed.

But both sides are gathering troops and preparing military hardware for battle, local officials said. In the oil-producing Shabwa province, government forces have been preparing to recapture the neighboring Abyan region and the port city Aden.