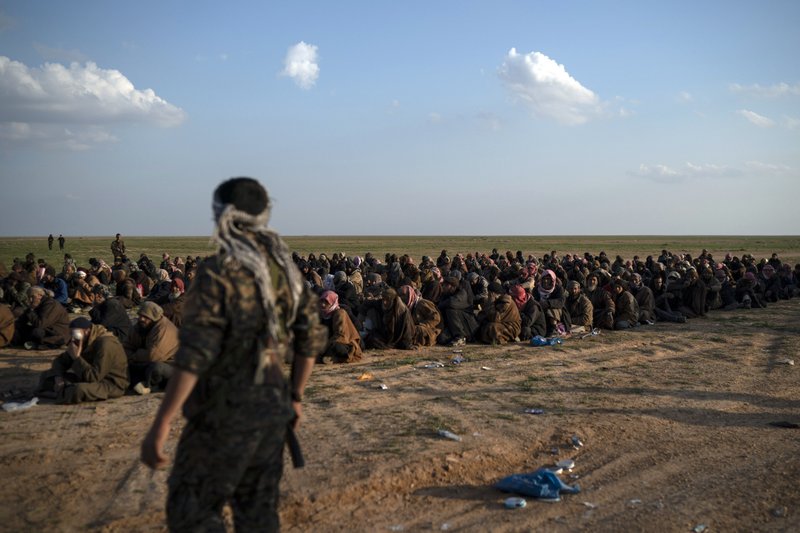 BEIRUT (AP) — The Latest on the alleged death of Islamic State group leader Abu Bakr al-Baghdadi in a US-led operation in northern Syria (all times local):

The commander of the Syrian Kurdish-led forces says five months of joint intelligence cooperation with the US-led coalition led to the killing of the leader of the Islamic State group.

Mazloum Abdi said in a tweet Sunday that the reported killing of Abu Bakr al-Baghdadi took place in a joint operation following “cooperation on the ground and accurate monitoring” for five months. He called it a “successful and historic” joint intelligence work with the US

The US raid with helicopters took place in the Barisha area north of Idlib city a few kilometers from the Turkish border.

The Kurdish-led forces cooperated with the US-coalition for at least four years to fight IS in Syria until they declared military victory against the group in March.

A senior Turkish official says “to the best of my knowledge” Abu Bakr al-Baghdadi arrived at a location in Syria 48 hours prior to the US military raid that is believed to have targeted the Islamic State group leader.

The Turkish official said in a written statement Sunday that there has been “close coordination” among relevant parties and the Turkish military had advanced knowledge of the raid.

In a tweet earlier, the Turkish army said it had “information exchanged and coordination” with US military authorities prior to the operation but did not elaborate.

The official added: “I can neither confirm nor deny that any intelligence was shared to facilitate last night’s operation.”

The US raid with helicopters took place in the Barisha area north of Idlib city a few kilometers from the Turkish border.

The leader of the Islamic State militant network is believed dead after being targeted by a US military raid in Syria.

A US official told The Associated Press late Saturday that Abu Bakr al-Baghdadi was targeted in Syria’s Idlib province. The official said confirmation that the IS chief was killed in an explosion is pending.

A White House spokesman, Hogan Gidley, would say only that the president would be making a “major statement” at 9 am EDT Sunday.