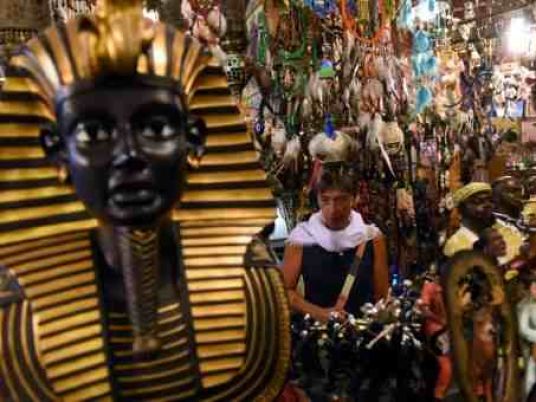 Egyptian citizens are now able to pay for their local vacations in installments as part of a new scheme by the Egyptian Travel Agents Association to offset a slowdown in tourism.
An agreement to activate the e-payment service had been signed with the National Bank of Egypt, which maintains the largest share of e-payment cards in the Egyptian market, according to Mostafa Sultan, ETAA’s head of electronic services.
The new facility, at the heart of an initiative dubbed Misr Fi kolobna (Egypt in Our Hearts) enables customers to pay for their vacations over 6-12 months interest-free, with the minimum rate of installments set at LE45, Sultan told Al-Masry Al-Youm, predicting the new measure will boost domestic tourism.
The new service covers vacations at resorts and archaeological attractions.
Harmed by two popular revolts in 2011 and 2013, Egypt's struggling tourism sector was dealt a strong blow as hundreds of tourists have left the country since late October when a Russian airliner crashed in Sinai en route from Sharm el-Sheikh resort to Russia. Russian authorities said they were confident the claim by Islamic State militants that they downing the jet was true.
Edited translation from Al-Masry Al-Youm