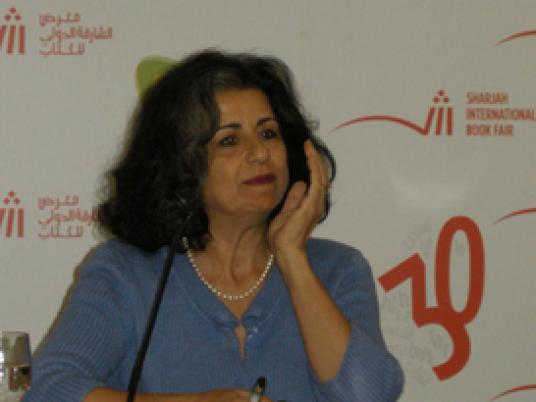 The slowdown in the tourism sector since the revolution began had many drawbacks. But one positive outcome critics had hoped for was the demise of "touristic theater."

"The Smoking Jacket" — the latest production of the Comedic Theater troupe now showing at the Floating Theater — is proving that the mediocrity of this genre is difficult to overcome.

Touristic theater is the term used in Egypt to describe particular productions of private theater houses that started in the 1980s. The so-called "plays" had more in common with commercial cabaret performances than theater, and their rise coincided with the inflow of petrodollars to Egypt from the Gulf.

That period witnessed major social, cultural and economic changes, enabling touristic theater to prosper at the expense of Egypt's experimental theater movements that thrived in the early and mid-20th century.

With the outbreak of the Lebanese Civil War in the mid-70s, the Arab region's top tourist destination — Lebanon had been called "the Arab's World's casino" — shifted to Cairo, which had a higher level of freedom in the entertainment sector than most Arab countries, particularly Saudi Arabia, from which most tourists came.

Also coinciding with the rising star of touristic theater was the wave of low-budget, direct-to-video films produced for the Gulf market; those were mainly rife with cliche punch lines, belly dancing and superficial plots, starring performers like comedians Samir Ghanem and Saeed Saleh, and belly dancers Nagwa Fouad and Fifi Abdu. It was those same stars who got the lead roles in the equivalent plays, while more inspiring productions like the works of the artistic duo of actor and theater director Mohamed Sobhy and playwright Lenin al-Ramly were overlooked.

Sadly, touristic theater productions are perceived as popular, engaging and entertaining, and thus are highly lucrative. And the demise of the state-run Artistic Theater House drove many to see no other option.

"The Smoking Jacket" closely follows the preset formula of a lucrative play. It bears the facade of a serious production that is engaged with the present socio-political context, but as its events unfold, its true colors show.

The play is an adaptation of a work by Italian playwright Dario Fo. Localizing a famous story is a characteristic of touristic theater. As many punch lines and dance shows as possible are often added to the story at the expense of the main plot and conflict.

In Fo’s story, a poor dustman meets a rich businessman who had to flee his mistress's house in his underwear. Throughout the play, the businessman tries to find a smoking jacket before going home to his wife, yet finds nothing to save face except the tattered rags of the dustman. The adaptation however, tries to twist the theme to capitalize on the recent Arab revolutions in a very superficial manner: the poor dustman, portrayed by Wael Nour, is named Saber Rabie al-Arabu (Saber Arab Spring), and the events take place on New Year's Eve 2010.

"The Smoking Jacket" starts with a mediocre dancing sketch that could have been cut out without affecting the dramatic structure. In fact, all of the sketches fail to serve any dramatic purpose and seem to have been added only to give the audience the required "dancing dose" and prolong the play's length. Unfortunately, dancing troupes at both state-run and private theaters lack the physical and artistic capabilities to produce skillful performances. That is why their performances turn into mere disharmonious movements that occasionally stir laughter among the audience.

Several scenes follow, in which B-list actors struggle verbally and physically to make the audience laugh and set the stage for the appearance of the protagonist, Saber. Once he ascends the stage, he never steps down, turning the play into a "one-man show."

Most of the punch lines by the supporting actors are forced and rely on wordplay or ridiculing each other's physical appearance. The costumes and makeup are specifically designed with this in mind. The actor playing the role of an undercover state security officer, for instance, is dressed in a pink suit and flowery hat, and uses a car antenna as an accessory, inviting the ridicule of other cast members.

And, of course, we have the beautiful supporting actress dressed profanely and serving as a target for sexual "jokes." In this case, it's Enjy Abdallah, the former Miss Egypt, who previously starred in the film "Badr," directed by retired kung fu artist Youssef Mansour. On one occasion, an actor playing a traffic control maniac describes Abdallah as a "convertible car," before checking out her behind, saying "it has a tinted black back window" in reference to her underwear.

The plot should unfold gradually once the protagonist appears. But it remains vague, thanks to the several "comedic sketches," which each last about five minutes. In most cases, they involve the lead character ridiculing other cast members and abusing them verbally or physically.

Like most plays of this genre, we of course meet the "fat lady" dressed in tight revealing clothes. She becomes the target of a vast array of unfunny jokes, alternately referring to her as the "concrete building" or "bulldozer." In one scene, she sits on top of a co-actor to make people laugh, then places a water bottle between her breasts and tells the audience she needs something for "support and balance."

The original plot is lost in "The Smoking Jacket." Like many adaptations of this sort, the actors resort to "improvisation," calling fellow actors by their real names, urging the spectators to applaud, and occasionally insulting key figures from the former Hosni Mubarak regime.

In one scene, Nour, playing the dustman, even turns to the audience, telling them he is giving his best performance, as he couldn't get a single role in the past two years.

Sadly, "The Smoking Jacket" seems like a regression in Egyptian theater that might undermine experimentation in the field. Rather than coming to an end, the worst period of Egyptian theater might see a comeback when Arab tourism rebounds. And with some industry players suggesting that audiences need an escape from serious works and the tense political environment, touristic theater is likely to persist.

"The Smoking Jacket" is showing until 31 January at the Floating Theater on Abdel Aziz al-Soud Street in Manial. The show starts at 10 pm.