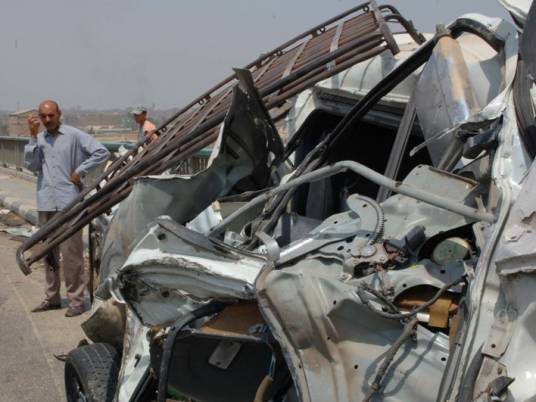 Two people were killed and another six injured after a car overturned on the Desert Misr-Ismalia Road in Sharqia on Saturday.

Chief of Sharqia’s Security Directorate Jarir Mustafa was notified on the accident’s causalities and injured. The victims were transferred into the Central Belbeis Hospital and the World Medical Center for treatment.

Police filed a report on the accident and transferred it the public prosecution for investigations.

According to the Central Agency for Public Mobilization and Statistics (CAPMAS) in November, the car accidents declined by 24.2 percent, whereas train accidents increased by 36.4 percent within the first half of 2018.

4 dead, 16 injured in collision of 2 trucks in Sinai

One person dead, 23 injured after Lorry overturns in Beheira