Trevor Reed’s mother, Paula Reed, tweeted in the early hours of Thursday that her son is back in the United States.

“It’s been very exciting day for the Reed family,” Paula tweeted. “Trevor is back in the USA.”

Trevor Reed, a US citizen and former Marine who had been detained in Russia since 2019, was released in a prisoner swap Wednesday.

In her tweet, Paula also advocated for the release of Paul Whelan, a US citizen and former Marine who was detained at a Moscow hotel in December 2018 and arrested on espionage charges, which he has consistently and vehemently denied.

“It’s been a day of joy for us, but not for #PaulWhelan and his family. I know this is a hard day for them. Pls keep them (and the MANY others) in your prayers.),” she tweeted. 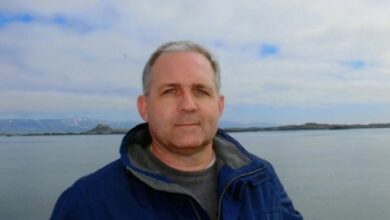 US had “direct conversations” with Russia on Paul Whelan since Griner’s release, State Department says

US and Russia are still talking about release of Griner and Whelan, top diplomat tells state media