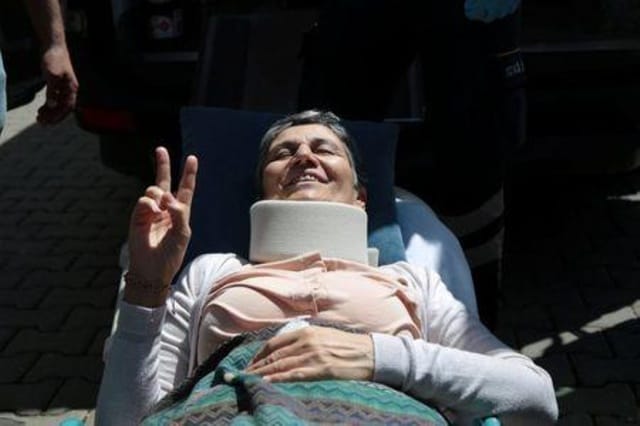 ANKARA (Reuters) – A Turkish court on Monday sentenced a former pro-Kurdish lawmaker who was stripped of her parliamentary status earlier this year to more than 22 years in jail on three separate terrorism charges, according to court documents seen by Reuters.

Leyla Guven of the Peoples’ Democratic Party (HDP), along with two other opposition lawmakers, lost her status in June after a conviction was finalized in a separate trial that ruled she was a member of a terrorist organization.

Ankara’s Western allies and rights groups condemned that move, seen as part of a broader government crackdown in which thousands of HDP officials and members have been arrested and dozens of its mayors and lawmakers unseated in recent years.

In the latest sentencing on Monday, Guven was given 14 years and three months in jail on another charge of membership of a terrorist organisation, and an additional eight years for two separate charges of disseminating terrorist propaganda.

The opposition has accused President Tayyip Erdogan and his AK Party of seeking to quash dissent by jailing opposition members and critics since a 2016 failed coup. The government has said its actions are justified by threats facing the country.

Ankara accuses the HDP of ties to the militant Kurdistan Workers Party (PKK), which has fought against the state in the largely Kurdish southeast since 1984 and is deemed a terrorist group by Turkey, the United States and European Union.

Guven had spearheaded a hunger strike by thousands of inmates who called for an end to PKK founder Abdullah Ocalan’s years of isolation and demanded he receive regular access to family and lawyers. It ended in May of last year at Ocalan’s request after he met his lawyers for the first time since 2011.

Ocalan has been held in an island prison since Turkish special forces captured him in Kenya in 1999. He is revered among many Kurdish supporters of the HDP, founded in 2012.

The state has appointed caretaker mayors to 59 out of a total of 65 municipalities that the HDP won in local elections in March 2019.