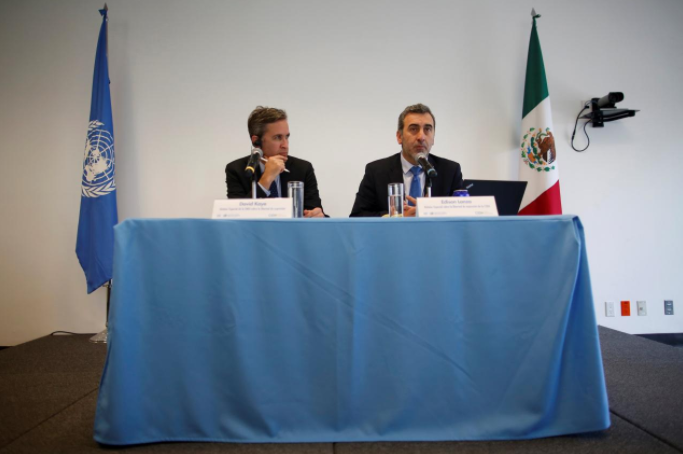 The United Nations said on Monday the Mexican government is struggling to keep journalists safe and prosecute their oppressors, after officials toured regions of the country that are among the most dangerous in the world for reporters.

Mexican federal prosecutors have yet to secure any convictions for crimes against reporters due to ineffective probes and scant resources, said the U.N.’s special rapporteur for freedom of expression, David Kaye, and his counterpart from the Inter-American Commission on Human Rights, Edison Lanza.

They released a preliminary report describing a “profound crisis of safety” after a week-long tour of Mexico City and the violent states of Veracruz, Guerrero, Tamaulipas and Sinaloa, and plan to release detailed recommendations in the spring.

“Past prosecutors didn’t have the same political will to actually get the job done,” said Kaye, expressing cautious hope that current prosecutors will do more to address the problem.

“There’s a bit more attention to getting this done right. I hope what we heard wasn’t just words because we are here,” he added after the two met with 250 reporters on their trip.

A news photographer in the state of San Luis Potosi last October was the 11th journalist murdered so far this year, according to advocacy group Article 19, equaling the death toll in 2016, which was the bloodiest year for journalists on record in Mexico.

Murders are on track to reach a record high this year, as Mexico continues grappling with turf wars between violent drug gangs that have convulsed the country for more than a decade.

In the past 17 years, 111 journalists have been killed in Mexico, 38 of them under the administration of President Enrique Pena Nieto.

Kaye said the prosecutor’s office tasked with investigating attacks on reporters, formed in 2006, needs to deter such crimes by committing substantial resources to solving a single high-profile case, or a handful of them.

“Until that happens, there will be very little prevention, and very little ending of this cycle of violence,” Kaye said.

He and Lanza also said Mexico’s government must devote more funding and staff to a journalist protection program launched in 2012, taking measures such as daily monitoring of the situation in states where reporters are most at risk, and helping them to continue to work if they are forced to leave their homes.

“It has an amount of money that’s absurdly insufficient for the emergency that it’s facing,” Lanza said.

Journalists live in fear in Mexican state of Veracruz