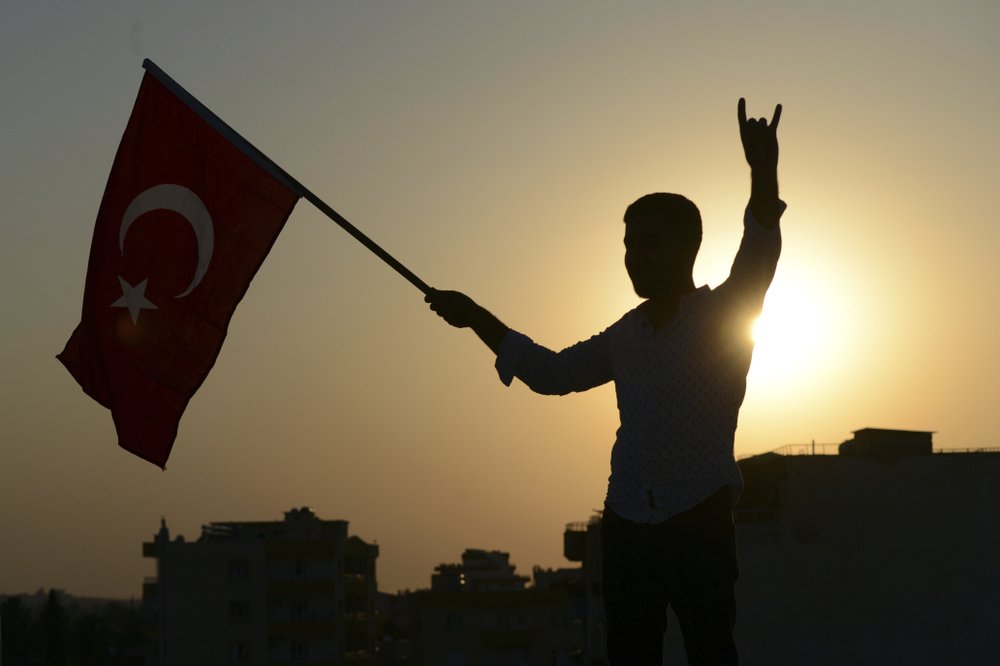 The US decision to withdraw from northeastern Syria after paving the way for a Turkish invasion has placed the oil-rich region back in play, heralding a new phase in the long civil war in which America’s adversaries are set to make major gains.

Until last week, Syrian Kurdish forces supported by about 1,000 American troops held around a fourth of Syria’s territory, lands captured at great cost from the Islamic State group that gave Washington some leverage in the larger conflict.

But US President Donald Trump’s decision to move American forces aside allowed Turkey to launch a cross-border operation against the Kurdish fighters, who it views as terrorists because of their links to Kurdish separatists. The resulting chaos forced a broader pullout of US troops and led the Kurds to turn to President Bashar Assad, their last remaining hope for protection against Turkish-led forces.

Trump has defended his decision, saying it extricates the US from “stupid endless wars” — a self-fulfilling prophecy as the security vacuum sucks in surrounding powers. The fighting leaves much of northeastern Syria, home to the country’s biggest oil fields, up for grabs.

A look at who is most likely to benefit.

ASSAD AND HIS ALLIES

Under a deal struck between the Kurdish fighters and Assad, he has started deploying his forces in villages and towns near the border with Turkey — areas his military had abandoned in 2012 at the height of the civil war.

With the help of Russian airpower and Iran-backed militias, Assad has managed to bring most of Syria back under his control after years of heavy fighting in which his forces besieged and bombarded the opposition into submission. The last remaining rebel stronghold in Idlib province, in the northwest, and the Kurdish-controlled areas were the exception.

Assad has vowed to bring all of Syria back under his control, and he now has powerful leverage over the Syrian Kurds. He and his allies could potentially halt or contain the Turkish offensive but will demand territory in return.

That could potentially give Assad, and by extension Iran and Russia, control of vast, oil-rich lands bordering Iraq. It would further expand the so-called “Shia crescent” of Iranian influence stretching from Tehran to Lebanon, alarming US allies like Israel , which has strongly condemned the attack on the Kurds.

The Syrian Kurds themselves, with their project for self-rule in tatters, would return to a reconstituted Syrian state as a marginalized minority, bringing eight years of war and displacement almost full circle.

TURKEY AND ITS SYRIAN FIGHTERS

Turkey had initially vowed to carve out a “safe zone” extending 30 kilometers (20 miles) into Syria. But after a series of rapid advances left Kurdish forces in disarray and sparked a complete US pullout, it might be tempted to push even deeper into Syria.

Turkey is relying to a large extent on allied Syrian fighters, mainly Arabs and minority Turkmen who despise the Kurds and have been accused of violence and looting. Turkey also says it hopes to resettle up to two million of the 3.5 million Syrian refugees it is hosting in the war-won territories. That could upend the demographic balance, laying the foundation for future ethnic conflict.

Despite being a NATO ally, Turkey’s relations with the US have plummeted in recent years and look set to fray further. US officials have sharply condemned the offensive, and Trump has vowed to “obliterate” Turkey’s economy if it does anything “off limits,” raising the prospect of American sanctions.

That would force Turkey to strengthen its ties with Iran and Russia, potentially leading to another agreement among the three powers to divide Syria into spheres of influence. Turkey, Iran and Russia — and not the US — would have the final word in any future peace agreement.

IS lost its last bit of territory in March, but still stages attacks in Syria and Iraq, and the extremists have a long history of recovering after suffering big military defeats.

The Syrian Kurds were the most effective ground forces battling IS. Even days before the offensive, they were still partnering with US forces on operations to track down remnants of the group.

Now those operations have ceased, and the Syrian Kurds say they may not be able to maintain control of detention centers across northeastern Syria where they are holding an estimated 10,000 IS militants, including 2,000 foreign fighters, as well as tens of thousands of female IS supporters and their children.

Clashes near a holding camp on Sunday allowed hundreds of IS supporters to escape in a prison riot. The hasty US withdrawal, meanwhile, made it unlikely that American forces would complete plans to transfer dozens of the most feared IS fighters to detention facilities in neighboring Iraq.

IS leader Abu Bakr al-Baghdadi, himself a former detainee held by US forces in Iraq, is still at large, urging his supporters to step up attacks and stage prison breaks.

Syria, Turkey, Iran and Russia all have an interest in preventing an IS resurgence and have battled the extremists before. But over the course of the civil war, they often appeared to view IS as a secondary threat, with Syria and its allies focusing on the opposition and Turkey prioritizing the fight against the Kurds. As the various powers converge on northeastern Syria, IS could slip between the cracks.

US slaps sanctions on Turkey as Syrian regime returns to north