Leading Venezuelan opposition figures Leopoldo Lopez and Antonio Ledezma have been taken from their homes, according to tweets from their families.

“They just took Leopoldo from the house. We do not know where he is or where he is being taken. Maduro is responsible if something happens to him,” Lopez’s wife Lilian Tintori tweeted early Tuesday morning.

Lopez, who was released to house arrest in July, was taken from his home shortly after midnight, his wife said on social media. Tontori also posted video that she says shows her husband being taken away. It’s not confirmed who took him or where he was taken, but the video posted by Tontori shows Lopez being driven away in a car marked “SEBIN” which is an abbreviation for the Venezuelan intelligence service.

Ledezma, the former mayor of Caracas and a prominent opposition figure, was also taken from his home by SEBIN, according to tweets from his wife and children.
He’s one of a list of opposition leaders who had been arrested and jailed by the country’s socialist government in recent years.

Lopez’ detention, which began in early 2014 over accusations of inciting anti-government protests, had been a rallying cry for anti-regime demonstrators. He’s been under house arrest since early July.

Lopez has long been a vocal opponent of the socialists in power and was banned in 2008 from running for office on accusations of corruption. He described the banning as political retribution. An international human rights court cleared him in 2011, but the Venezuelan Supreme Court upheld the ban.

In February 2014, at least three people were killed during an anti-government protest in the capital, and authorities blamed him for the violence. He turned himself in, and was sentenced in 2015 to nearly 14 years in prison.

The two men’s removal from their homes comes after a controversial election Sunday establishing a new legislative body made up entirely of President Nicolas Maduro supporters. 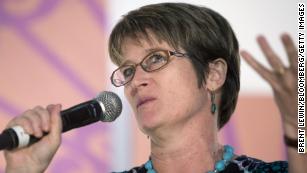 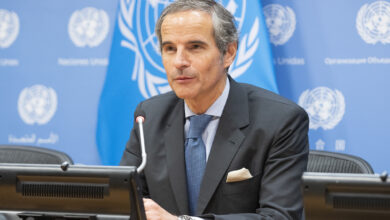 EU ministers to consider visa ban for Russian tourists, among other measures