In 2013, agricultural ministry officials were left baffled by the disappearance of King Farouk’s bedroom, which went missing from the former-king’s royal guesthouse at Giza Zoo, and was replaced by a locally-manufactured room purchased from Omar Effendi store.

An extensive investigation followed the incident.

Egyptian writer Farid Abu Hadid was first to initially notice the robbery and followed the investigations rigorously, but the perpetrators were not found.

Flash-forward several years, and social media users brought new life to the incident, after stumbling across a ‘Flickr’ page, with photos attached, selling furniture from the royal room for nearly $1 million.

The furniture was initially put up for sale on October 13, 2016, three years after its mysterious disappearance.

A YouTube video, posted by an American antiques dealer by the name of ‘M.S. Rau Antiques’, showcased the room’s furniture and date of manufacture, and slapped on it a price-tag of almost $1 million.

King Farouk II’s son, King Fouad II – who is the last king of Egypt and now resides in the Swiss countryside – issued a statement commenting on the sale of Farouk’s royal bedroom.

“King Fouad II and his family would like to emphasize that all confiscated property of the family [belongs] for the benefit of the Egyptian people has become part of the cultural and historical heritage of the country.”

“It is under the guard of successive Egyptian governments, being currently the custodians of the interests of the people and their property,” he added.

Fouad said the royal furniture should be displayed in Egyptian museums, and not to be left vulnerable to theft.

He also said he will not be requesting a retrieval of the stolen furniture, despite being its rightful owner, and will instead leave the Egyptian government to retrieve it.

King Farouk’s royal guesthouse is located in the center of the Giza Zoo, between the Khedive Ismail’s Guesthouse and Tea Island.

King Farouk would stay there over weekend vacations throughout winters.

He would begin his day with a cup of tea inside his royal pergola overlooking Tea Island, before enjoying a walk in the zoo while watching the exotic animals, and headed to the royal kiosk in the garden of the royal guesthouse, where he would have dinner while listening to music.

According to officials from the Ministry of Agriculture, the royal guesthouse has been completely closed since 1986, after former Minister for Supply and Internal Trade, Nagy Shatla, and his family – who were residing in the guesthouse – left it.

Before him, former Agriculture Minister Mahmoud Dawoud lived in the guesthouse, although resided alone without his family, between 1978-1982.

The royal guesthouse’s living-room furniture was previously used to refurbish a number of Giza Zoo administrative departments, before being returned to their original place in the guesthouse. 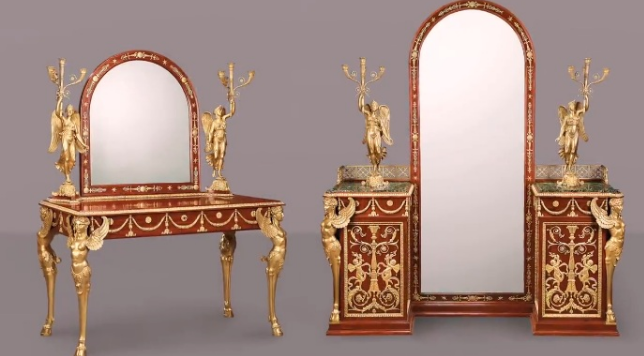