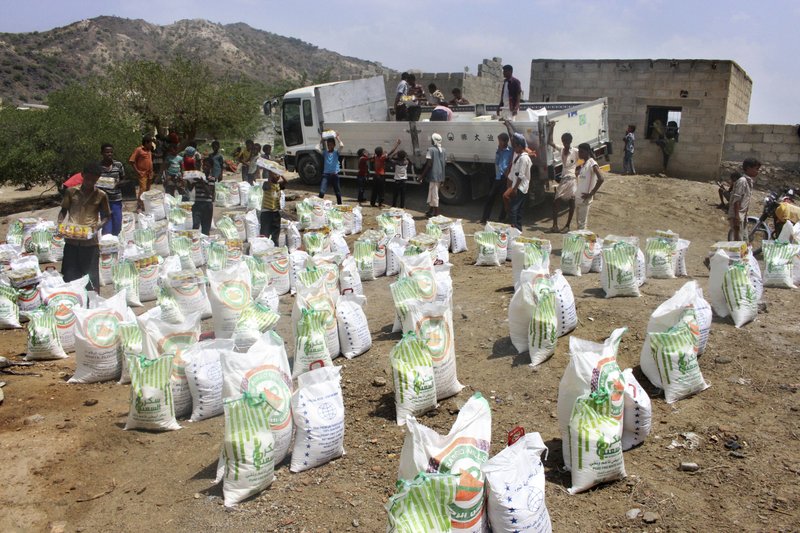 CAIRO (AP) — The World Health Organization says it follows “a zero-tolerance policy against all forms of corruption” amid calls for greater transparency following an Associated Press report on fraud and mismanagement marring some U.N. operations in the country.

WHO issued a statement Wednesday saying it has an on-going investigation into its Yemen office after an internal audit last year found that controls over administration and finances there were “unsatisfactory.”

The audit, it said, identified “conflicts of interest” and “suspected wrongdoing” among staffers in Yemen.

In a report Monday , the AP revealed investigations by the WHO and UNICEF into operations in Yemen. According to internal documents and interviews with current and former aid officials, some U.N. staffers had been involved in fraud or mismanagement profiting off the massive humanitarian aid program aimed at keeping Yemenis alive amid the country’s destructive civil war.

When asked about the AP story Tuesday, U.N. spokesman Stephane Dujarric said WHO is “taking these allegations seriously” and that “all allegations of misuse of aid need to be investigated.”

The information minister in Yemen’s internationally recognized government called on the U.N to be transparent in its investigations. The government controls southern Yemen, battling with rebels known as Houthis who hold the north.

“We urge the U.N. to declassify these investigations … to reveal the outcomes” to the Yemeni people, Moammar al-Iryani wrote in a tweet this week.

A major funder of humanitarian aid to Yemen, Saudi Arabia’s King Salman Humanitarian Aid and Relief Center, also urged the U.N. to review its monitoring systems and “share detailed reports on its financial and accounting measures” with donors.

Saudi Arabia has sent millions of dollars to help fund aid operations by the U.N and other agencies in Yemen.

The kingdom also leads a coalition backing the government and seeking to push back the Houthi rebels, who are allied to Iran. Since 2015, Saudi Arabia has carried out a massive campaign of airstrikes that have caused widespread destruction of infrastructure and civilian deaths.

FILE – In this Sept. 23, 2018 file photo, men deliver aid donations from donors, in Aslam, Hajjah, Yemen. An Associated Press investigation found some of the United Nations aid workers sent in to Yemen amid a humanitarian crisis caused by five years of civil war have been accused of enriching themselves from an outpouring of donated food, medicine and money. Documents from an internal probe of the U.N.’s World Health Organization uncovered allegations of large funds deposited in staffers’ personal bank accounts, suspicious contracts, and tons of donated medicine diverted or unaccounted for. (AP Photo/Hammadi Issa, File)