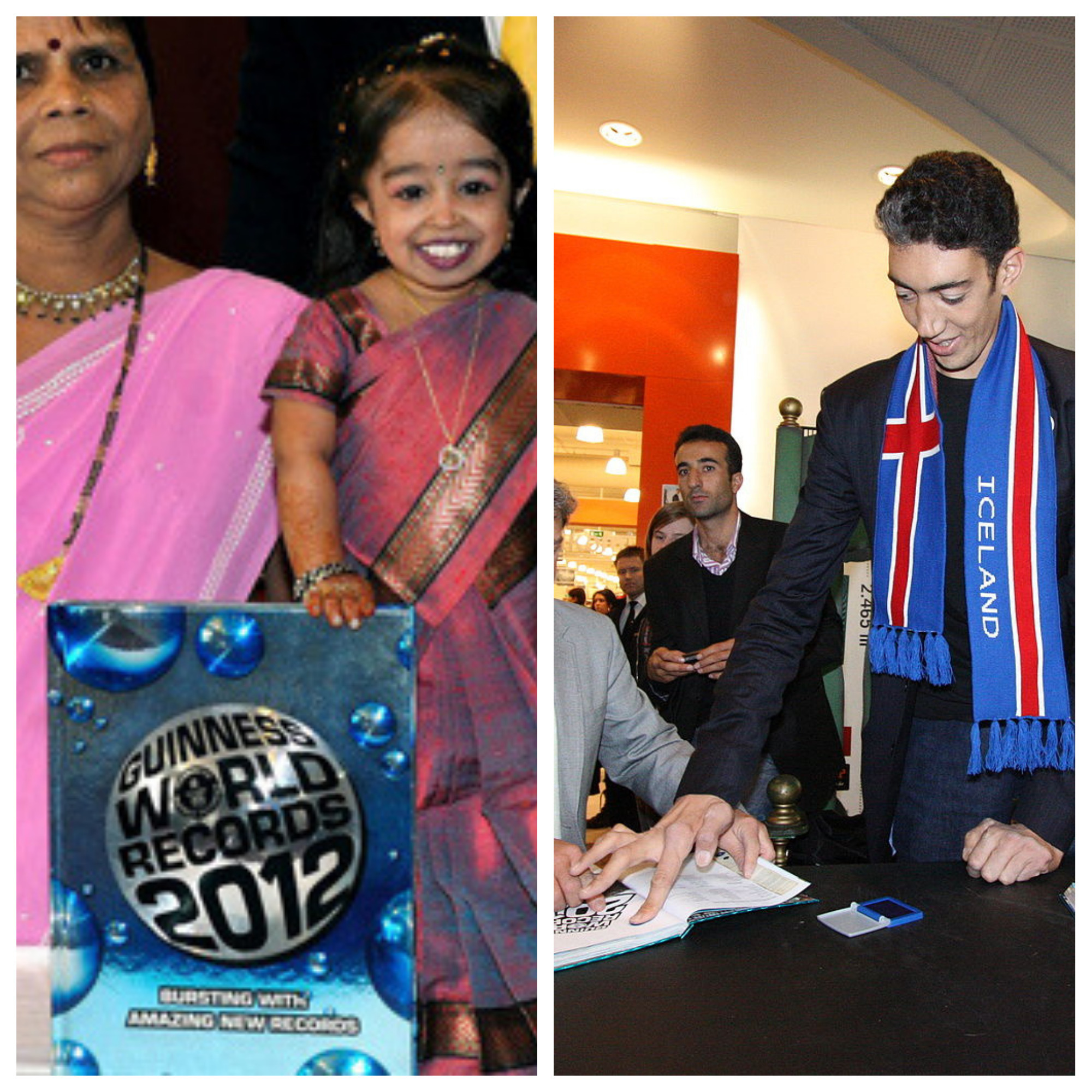 The Guinness World Records announced on Saturday that the tallest man on earth, Sultan Kosen, 35, and the smallest woman on earth, Jyoti Amge,24, will be visiting Egypt between 26 and 29 January, in an effort to boost tourism in Egypt.

The two Guinness World Records holders will be touring Cairo’s most famous touristic sites, in addition to taking part in a conference in the Fairmont Nile City hotel, Cairo, where they will both be sharing inspirational stories about their lives and challenges.

Both record-holders won their records in 2011, with Kosen being measured at 243 cm tall and Amge being only 62.8 cm tall, according to the Guinness World Records official website.

Sultan Kosen was first measured in Ankara Turkey in 2011 and was the first to be measured by Guinness in over 20 years, according to the Guinness World Records official website.

Guinness World Records only knows 10 confirmed people in history to reach 8 ft or more. The reigning tallest man took the title from Chinese Xi Shun, who measured in 2005 7ft 8.95 inches.

Amge is an Indian woman who was born in Nagpur, Maharashtra in 1993. She won the record following her 18th birthday in 2011.

She currently works as an actress, in addition to co-hosting a show called Lo Show Dei Record in 2012, according to the Guinness World Records official website.

The shortest woman of all time was Pauline Musters who was only 30 cm at birth in 1876. She died of pneumonia aged 29 and by then was 61 cm.

Tourism rates increase up to 90 percent in Luxor: Sources