Being mocked on the most popular political satire show worldwide is one of many ways that the recent wave of legal persecution by the regime against opposition and media figures has arguably backfired.

“What are you worried about? You’re the president of Egypt,” Stewart told Morsy during a segment of his show dedicated to defending Youssef, who faces charges of insulting the president and insulting religion.

While on the subject of Egypt, Stewart did not pass up the opportunity to poke fun at some of the president’s offbeat statements, and at his focus on targeting media and opposition figures instead of dealing with the political and economic challenges that Egypt is facing

“When you are actually powerful, you don’t have to be petty,” Stewart advised the president.

The move is seen as the state’s response to the deepening crisis that Egypt is plummeting towards on many fronts, by attempting to put the blame on the opposition and the media as a means of distraction. But, many describe this response essentially as self-destructive.

“What we’re seeing is the violence of the weak and the oppression of the helpless. It’s not an expression of strength and confidence, it’s an expression of real failure, denial and refusal to admit that there’s a true political crisis,” says political commentator Abdallah al-Sennawy.

No political process has been put in place to deal with growing divisions between the Muslim Brotherhood presidency and the opposition with regard to reforms, elections and the Constitution. Meanwhile, the economy continues to plummet and an energy shortage is expected to reach unprecedented levels throughout the summer, with no Cabinet plan deemed satisfactory.

Some of Morsy’s most vocal responses to the crisis have come in the form of bashing at the opposition and the media for endangering the security of the nation. Morsy used his speech at a women’s conference in Cairo on 24 March to condemn the media and the opposition, days before a series of summons and arrest warrants were issued.

“So that no one says later that this is based on political rivalry, anyone who endangers the security of citizens has to be punished,” he said. “To criminals, inciters and conspirators, mark my words, no one will escape punishment.”

In a direct threat, he added, “If I have to take the necessary measures to protect the security of the state I will, and I’m afraid to say that I am about to do so.”

Morsy also threatened to imprison those he calls “enemies of the nation.”

Saying that his threats are specifically aimed at those who incite and pay thugs and calling the media coverage “destructive cameras,” Morsy was clear and confident in announcing prosecutors’ imminent blow.

“If they aren’t careful, I’ll do it very soon, very soon, sooner than they imagine,” he said.

Days later, the arrest warrants were rolled out.

For the week following Morsy’s fiery speech, arrest warrants against known activists and media personalities led to heightened local and international condemnation. The move was read by many as a failed attempt to terrorize and silence opposition voices.

In relation to the violent clashes between Muslim Brotherhood supporters and their opponents that took place days before around the Brotherhood headquarters in Moqattam, the arrests of prominent activists in addition to opposition figure Hamdy al-Fakharany was ordered. Fakharany was released on a LE50,000 bail, which many saw as unnecessarily high.

In his speech, Morsy said what a prosecutor would later repeat against Fakharany and other arrested activists following the Moqattam clashes: that inciting through talk or presence in the vicinity of violent events constitutes enough proof of guilt.

In the same week, four April 6 Youth Movement members were arrested while protesting in front of the interior minister’s house and detained for four days. Their detention was then renewed for 15 more days pending investigations. Additionally, prominent activist Hassan Mostafa, accused of attacking a prosecutor while he was filing a complaint in January, was sentenced to two years in prison on 12 March.

On the media front, Youssef was then summoned on an arrest warrant with charges of insulting religion and the president.

Carrying on his comedy routine in court, Youssef defiantly wore an oversized hat in front of the prosecutor’s office, mocking the hat that Morsy wore when receiving his honorary PhD in philosophy from a university in Pakistan.

Jokes emerged thanking the president and the prosecutor for the valuable free promotion that they handed to the show.

In addition to local outrage, the US State Department issued a statement condemning his targeting, much to the chagrin of the Brotherhood’s Freedom and Justice Party, which condemned the move as interference in the country’s affairs.

Following the release of Youssef on LE15,000 bail, comedian Ali Kandeel who was featured on his show, and the representative of the company producing the show Tarek al-Razzaz, were also summoned for investigation. Meanwhile, the Free Zones Investment Affairs Authority issued an official warning Tuesday to CBC television network, which airs Youssef’s show, requesting that the comedian tone down his language.

Also Tuesday, the Egypt consultant of the Committee to Protect Journalists, Shaimaa Aboul El Kir, and TV presenter Gaber al-Armouty were also referred to State Security Prosecution for endangering security. The referral to State Security Prosecution reflects the increasing gravity of the charges brought against Armouty and Aboul El Kir, and has been denounced by human rights advocates as an exceptional judicial method.

The use of the legal apparatus in legitimizing the taming of freedom of expression is reminiscent of the tactics of the Hosni Mubarak regime.

“They are trying to impose new red lines relating to the president, portraying criticism to his person as a danger to the nation,” says lawyer Emad Mubarak, director of the Association for Freedom of Thought and Expression. “The current regime has no tolerance of criticism or sarcasm, and is now using the legal apparatus in its oppression.”

He adds that the Brotherhood has a definition of freedom of expression that only protects the opinions approved by the state.

All moves have pointed to increasing scrutiny of the allegiance of the Prosecutor General Talaat Abdallah to the ruling regime. Controversially appointed by Morsy in November by presidential decree, Abdallah has always been accused of bias toward the Brotherhood. He also faces a court order deeming his appointment illegitimate.

“The president’s statements gave the signal to the prosecutor general, who executed his threats the next day,” says Sennawy.

“Now any move by the prosecutor general will be seen as politically motivated,” says Emad Mubarak.

Mubarak adds that the fact that the prosecutor general was quick to proceed with the cases against activists while cases accusing Brotherhood figures of inciting the violent clashes at the presidential palace in December remain inactive, is a strong blow to his credibility. Clashes between Brotherhood supporters and their opponents near the presidential palace left 10 dead and scores injured.

None of these strategies seem to be working well for Morsy and his clique, say analysts, who believe silencing voices is an outdated tactic that can hardly prduce positive results work after the revolution.

“This is supposed to send a message of threat to the rest of the media to tone down their criticism of the president,” says Sennawy. “It has caused the presidency to be more isolated and has given the president an international reputation of being against freedoms.”

Some argue Morsy is working without sensible advice, and hence the isolation alluded to by Sennawy. Complaining they were not listened to, most of the president’s advisers quit by the end of last year.

Since then, the president has been accused of listening only to his supporters.

Sekina Fouad, former presidential adviser, says that the same problems that led most advisers to quit their posts persist.

“The arrogance, absence of sensors of public opinion and lack of political expertise is what leads to these self-destructive decisions,” she says. “This regime has no enemies more dangerous than itself.”

Mubarak agrees, saying that if mockery is what upset the president, he only brought more of it on himself with his oppressive response.

“These charges led to more sarcasm. People are laughing at them more. It is these practices that are truly endangering the prestige of the president,” says Mubarak. 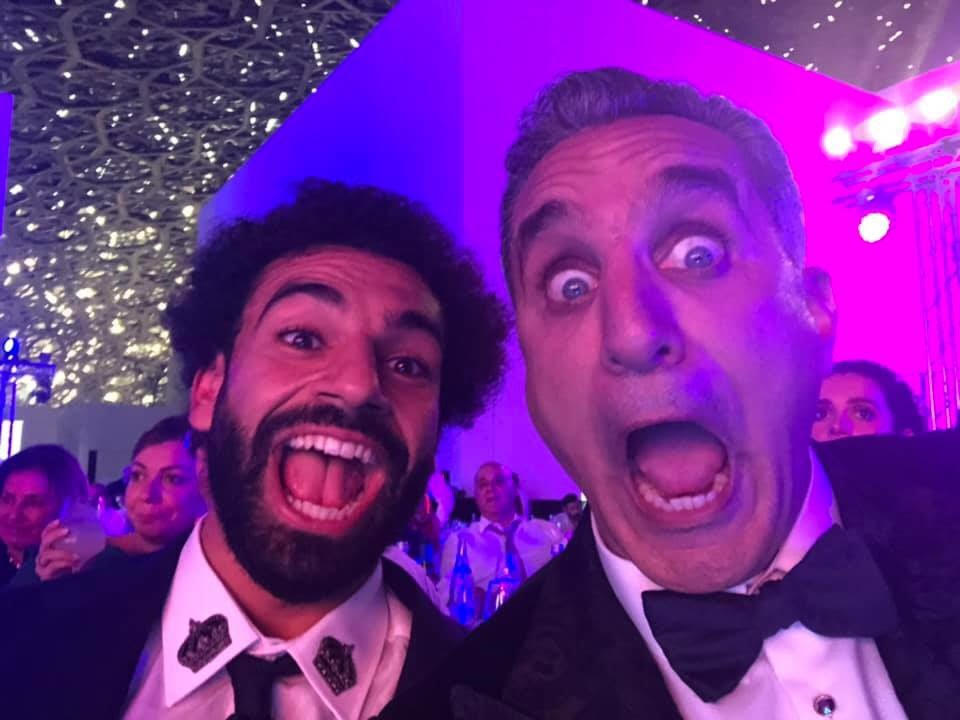