As inflation and energy shortages strike Egypt’s economy, construction materials producers are feeling the crunch. The cement industry, in particular, finds itself in the midst of a growing controversy after Trade Minister Hatem Saleh accused private companies of exploiting inflationary pressures by raising prices “unjustifiably” earlier this month.

According to Beltone Financial estimates, local cement prices have gone from LE480 per ton on average to LE550 by the end of 2012. Now prices are well over the LE800 per ton mark.

In response, the government said it was mulling regulating the price of cement temporarily to promote fairness and curb price fixing, while the Shura Council urged the Consumer Protection Agency to take decisive action against cement factories accused of illegally hiking prices for profit.

The price surge has had devastating effects on the housing industry, especially for small contractors. The number of registered contracting and building companies has fallen from 41,000 to 14,000, according to Mohamed Abul Enein, secretary general of the Egyptian Federation for Construction and Building Contractors.

Some closed up shop while others reported bankruptcy as a result of these price hikes and the deteriorating security situation, Al-Masry Al-Youm reported recently.

In an effort to curb price hikes, the Ministry of Industry and Foreign Trade placed a levy on exports. Meanwhile, military-owned Arish Cement said it would cap prices at LE600 per ton.

For its part, the Shura Council Housing Committee accused the government of being at the core of the price surge.

Medhat Stephanos, head of the Cement Division at the Federation of Industries, says energy price hikes were the root cause of recent jumps in production costs, which are being passed to consumers. Most cement plants run on natural gas and mazut. Last year, the government increased the price of gas from $3 to $4 per MBTU for energy-intensive industries. That figure climbed again from $4 to $6 per MBTU in February.

The government announced in December a 130 percent price hike on mazut, but held back on it after petitions from cement companies and workers’ protests. Petroleum Minister Osama Kamal said the increase would be implemented more gradually.

As a result, mazut prices went up around 50 percent, according to an Al-Masry Al-Youm report. Kamal announced that mazut subsidies would end for all industries except bakeries, food producers and electricity generators in three years’ time.

Meanwhile, the sliding Egyptian pound further impacts the industry, which imports a large amount of its raw materials. Energy shortages have forced some companies to import clinker cement, a more expensive semi-finished product, instead of producing it themselves.

The tax hike plan announced last month by President Mohamed Morsy includes an increase in sales tax on cement from 5 to 10 percent. The hike has not been implemented, but it is common practice in industry raise prices in anticipation of such increases.

Energy prices and higher taxes are not the only problems the industry has had to face. Recurring electricity and gas shortages, expected to become more frequent and prolonged in the summer months, have impinged on production levels.

Many factories, notably in Beni Suef, have had to shutter production for days or weeks.

The numerous workers’ strikes serve to further depress production levels. Most protests target the government for its inability to provide a sound work environment among broader political complaints.

While cement production has been shrinking, demand has remained quite high. According to Carré, demand was steady in 2011 and grew by 5 percent in 2012.

With many of the major real estate and infrastructure projects on hold, smaller projects and the informal sector have sustained demand. Egypt is also still facing a major housing gap.

Ahmed Khalil, a real estate analyst at Beltone Financial, adds that the outlook for big real estate companies has significantly improved in the past few months.

As liquidity transfers outside the country have been strictly controlled and as the stock exchange volume shrinks, investors have started pumping cash in real estate.

Although cement supplies surpassed demand in 2011 and 2012 due to the economic turmoil following the revolution, the trend reversed at the end of last year ­— domestic demand had finally recovered only to see production slow.

Carré affirms that the price increase results from this supply-demand imbalance.

But finding the exact reason for the price surge is difficult. Cement companies do not release a price guide on a regular basis. Therefore, price increases could stem from producers, distributors or both.

It is also difficult to assess energy costs in the production process. This proportion fluctuates depending on the materials. While Carré says energy accounts for more than half of the production cost to make cement, Ghada Alaa, an industry analyst at Beltone Financial, says it amounts to a third.

Cement prices have increased at least a 45 since the end of 2012. In the meantime, gas and mazut prices jumped 50 percent. If companies and retailers did not increase their profit margins, and assuming energy costs represent around 50 percent of overall production costs, that leaves other costs in the process would have jumped 40 percent.

However, it’s likely profit margins of producers and distributors have widened, leaving it unclear whether the hike stems from monopolistic practices or issues surrounding supply and demand.

Alaa says producers have benefitted slightly from the price hike, however, she explains that the profit margins of cement producers decreased after the revolution due to dropping demand and rising production costs.

The success of the Egyptian cement industry has historically relied on cheap energy. Energy subsidies and inexpensive manpower provided a comparative advantage over international competitors and attracted foreign investments.

As the current crisis and a rising consumption has made energy subsidies an unbearable burden on budget, the government has put a stop to its historical partnership with the cement industry.

Carré understands that cheap energy had to come to an end, yet he deplores the short timeline for companies to adapt.

Paying for gas at market price has significant implications on the cement industry, he says, and it means producers may have to switch from gas to waste and coal as their main source of energy in order to remain competitive on the international market. This switch will take three years and cost around LE1 billion to implement at Suez Cement’s five plants.

Luckily, Suez Cement is owned by the global cement company Italcementi and may have access to the funds to make this transition without going under. The 20 other Egyptian cement companies do not share that same liquidity, leaving their medium-term survival questionable. 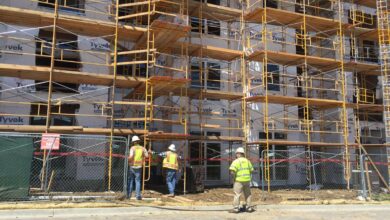 Egypt set off towards building, construction during Sisi’s era