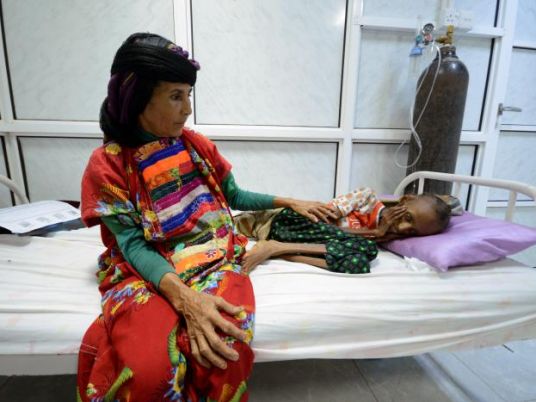 The International Committee of the Red Cross (ICRC) on Sunday said 115 people have been killed over the past two weeks due to a “serious outbreak of cholera,” citing local health authorities.

“There are up to four cholera patients in one single bed,” said Dominik Stillhart, director of operations at ICRC, during a press conference in the Yemeni capital, Sanaa. “There are people in the garden, and some even in their cars with the IV drip hanging from the window.”

Stillhart noted that the ICRC had intervened in Sanaa by providing IV fluid, chlorine tablets and oral rehydration salts. He described the situation in Yemen as “catastrophic.”

Officials in the capital declared a state of emergency on Sunday. Yemen’s sanitation infrastructure has nearly collapsed after more than two years of conflict between Iran-aligned Houthi rebels and a Saudi-led coalition backing Yemen’s internationally-recognized government.

Approximately 7.6 million people live in cholera-threatened areas, according to the World Health Organization (WHO). Cholera, a waterborne bacterial infection, can be treated. However, it can kill within hours if left untreated.

Since mid-April, more than 8,500 suspected cases of cholera have been reported to health authorities across the country. Sanaa has recorded the highest number of cases, along with its surrounding Amanat al-Semah province.

Doctors Without Borders (MSF) has called on humanitarian organizations to increase assistance to the conflict-hit country, fearing that health authorities alone will not be able to manage the outbreak.

“MSF calls on international organizations to scale up their assistance urgently to limit the spread of the outbreak and anticipate potential other ones,” the organization said in a statement.

More than 10,000 people have been killed and millions more displaced by near-daily airstrikes from Saudi-led forces since 2015. Riyadh entered the conflict in March of that year in a bid to bolster the government of exiled President Abed Rabbo Mansour Hadi.

The UN has warned of a worsening humanitarian disaster,as the fighting shows no sign of stopping in the near future. Only 45 percent of the country’s 3,500 health facilities surveyed by the WHO are fully functional and accessible.

Saudi Arabia, US in talks on billions in arms sales: US sources

Ancient mummies rot as Yemen war vexes even the dead