That is a question many who watch the cloistered, nuclear-armed country are wondering after she failed to appear in absolute leader Kim Jong Un’s newly released lineup for the country’s powerful Politburo in recent days.

Some say Kim Jong Un may have demoted his sister over general policy failures. Others, however, believe he could be worried about her rapid rise and increasingly high profile as he tries to bolster his domestic authority in the face of growing economic challenges.

Rumors that Kim Yo Jong is her brother’s heir apparent could be dangerous because they “raise the issue of Kim’s hold on power and health inside North Korea,” said Oh Gyeong-seob, an analyst at Seoul’s Korea Institute for National Unification. This, he said, is why Kim Jong Un is slowing down her rise in power.

The development is a surprise because Kim Yo Jong, who became an alternate member of the Politburo last year, was widely expected to receive a full bureau membership during a ruling Workers’ Party congress that ended Tuesday. A Politburo membership is viewed as crucial for high-level officials hoping to thrive in Kim Jong Un’s government because he’s made key decisions at bureau meetings, including the 2013 move to execute his powerful uncle Jang Song Taek, and the 2012 purge of military chief Ri Yong Ho.

When the eight-day congress, the first of its kind since 2016, opened last week, Kim Yo Jong, who is thought to be about 32, sat on the leadership podium, standing out amid the often elderly, overwhelmingly male party cadres. But when the congress on Monday announced a list of 30 alternate and full members of the Politburo, including the 37-year-old Kim Jong Un, her name wasn’t there.

Kim Yo Jong hasn’t been purged or forced to quit politics, a fate that some officials have met under Kim Jong Un, and she still retains her membership in the party’s Central Committee, also a high-level body. But when she released a statement criticizing South Korea on Wednesday, state media identified her as a “vice department director” of the party, a lower rank than her previous title of “first vice department director.”

Kim Jong Un is urging his 25 million people to rally behind his leadership to overcome what he has called his nation’s “worst-ever” difficulties. North Korea has faced coronavirus-related economic shocks, a spate of natural disasters last summer and persistent U.S.-led sanctions over its pursuit of illicit nuclear weapons. During the congress, Kim vowed to expand his nuclear arsenal and build a stronger, self-reliant economy.

“The congress’ purpose is to solidify Kim Jong Un’s leadership. If Kim Yo Jong had become a full Politburo member, all eyes would have been on her … and Kim Jong Un likely felt that as a burden,” Ko Young-hwan, a former deputy head of the Institute for National Security Strategy, a think tank run by South Korea’s spy agency, said during a TV news program Monday.

Previously little known to outsiders, Kim Yo Jong has soared politically since her brother inherited power after their father, Kim Jong Il, died in late 2011.

The current Kims are the third generation of their family to rule North Korea, and their leadership is based on a personality cult established after their grandfather Kim Il Sung founded the country in 1948. Their mythical “paektu” bloodline, named after the North’s most sacred mountain, allows only direct family members to rule the country.

Kim Yo Jong rose to international prominence after her brother’s high-stakes nuclear diplomacy with President Donald Trump and other world leaders in 2018 and 2019. In those meetings, her proximity to Kim Jong Un sparked speculation that she was serving as her brother’s chief of staff.

In South Korea, she built an image as “a peace messenger” after she attended the opening ceremony of the 2018 Pyeongchang Winter Olympics, becoming the first member of the North’s ruling family to visit the South since the end of the 1950-53 Korean War.

Last year, however, she abruptly changed course by launching harsh diatribes against South Korea and putting pressure on the United States to make concessions amid deadlocked nuclear diplomacy. North Korea’s state media said she was in charge of relations with South Korea, and outside experts speculated that she might be handing U.S. affairs as well.

In her statement on Wednesday, she slammed South Korea for provoking the North by announcing that it had detected intelligence that North Korea held a military parade or a rehearsal for such a parade this week.

When unconfirmed global rumors about Kim Jong Un’s health rose last year, some observers said Kim Yo Jong was next in line to rule North Korea if her brother became incapacitated. South Korea’s spy agency said later that she was virtually the North’s No. 2 official but hadn’t been anointed as her brother’s heir.

“Kim Jong Un likely held his sister responsible for worsened (external) ties, as she had no achievements in relations with the U.S. and South Korea,” said Kim Yeol Soo, an analyst with South Korea’s Korea Institute for Military Affairs.

Whatever the reason for her apparent loss of the Politburo job, many experts say her political clout likely remains unchanged thanks to her direct link to the paektu bloodline. There’s also a feeling that Kim Jong Un could eventually give her another high-profile job.

“Kim Yo Jong can meet and talk to Kim Jong Un freely anytime … so we can’t help saying that she has a tremendous influence,” Oh said. “As she gets older, her roles will be bigger.”

But, he added, her rise could end if she covets more power. “She has to be careful about that,” he said.

Image: FILE – In this Feb. 9, 2018, file photo, Kim Yo Jong, sister of North Korean leader Kim Jong Un, arrives for the opening ceremony of the 2018 Winter Olympics in Pyeongchang, South Korea. After the name of Kim Yo Jong was found to be missing from North Korea’s newly released lineup for its powerful Politburo, speculation has been rife about the woman widely viewed as the North’s No.2. (AP Photo/Patrick Semansky, Pool, File) 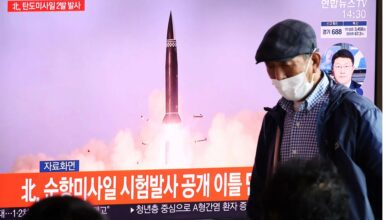 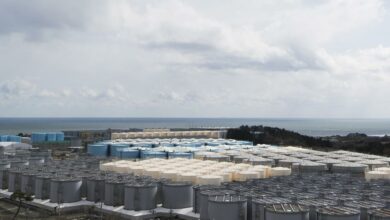 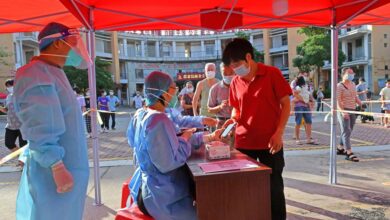