Hesham Geneina came under heavy fire from senior officials and pro-government media after he alleged widespread graft in newspaper interviews at the end of last year.

Sisi appointed a presidential commission that quickly concluded that Geneina had misled the public by saying corruption had cost 600 billion Egyptian pounds (about US$76 billion) over a four-year period.

The presidency did not spell out in a decree why Geneina was dismissed but the move came hours after the State Security Prosecution said his findings were inaccurate.

Sisi, who as army chief removed Egypt's first freely-elected president in 2013, has made fighting corruption a top priority for the government.

Geneina's removal is likely to raise questions about Egypt's commitment to fighting graft as it struggles to rebuild an economy hammered by years of political turmoil following a 2011 uprising that toppled veteran autocrat Hosni Mubarak.

The most populous Arab state also faces a Sinai-based Islamist militant insurgency that has hurt the tourism industry, a traditional pillar of the economy.

Egypt's pro-government media accused Geneina of being an Islamist because was appointed by President Mohamed Mursi of the Muslim Brotherhood, which was outlawed and declared a terrorist group.

Sisi ousted Mursi in 2013 after mass protests against his rule, and then launched a fierce crackdown on dissent, drawing widespread allegations of abuse by human rights groups, allegations the government denies.

Seen as a decisive figure who could deliver stability, Sisi gained the support of millions of Egyptians.

But he no longer enjoys cult-like adulation as Egyptians grow frustrated with unemployment and high prices. 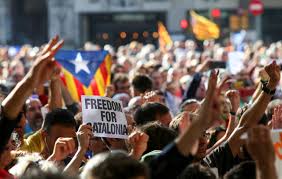