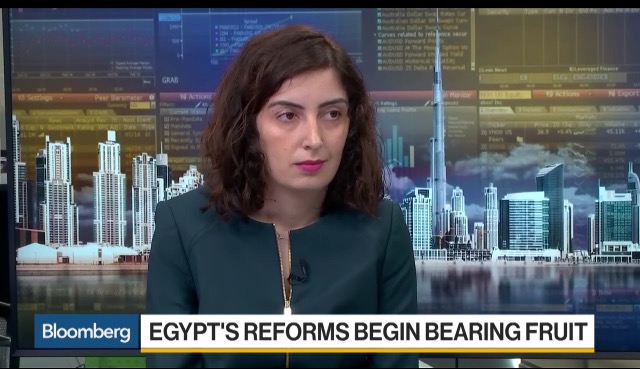 The economic reforms in Egypt are starting to bear fruit, with the domestic deficit shrinking by 67 percent in the current fiscal year, Bloomberg said.

The victory of President Abdel Fattah al-Sisi in the election is expected to pave the way for further economic reforms, Bloomberg added.

“It’s been extremely impressive and certainly on the external account especially. We have seen the current account deficit fall by two thirds […] and that’s on the back of better tourism revenues, better remittances, and higher exports,” Middle East Senior Economist at the HSBC bank, Razan Nasser, told Bloomberg.

“There’s certainly a lot more to be done. The fiscal side is one area where they have done a lot but it’s still quite a challenging situation. [The] deficit is still close to 10 percent, debt is over 100 percent of the GDP,” she added.

Nasser expressed her satisfaction with the decisions to reduce the interest rate, given that the ratio of debt service has reached a third of public spending.