Finance Minister Youssef Boutros-Ghali said his ministry has managed to update the legislative system that governs the Egypt’s fiscal policies through changes to a number of laws that for a long time had remained untouched.

His comments come after the Ministry of Finance prepared a review of bills and legislative amendments it has proposed to parliament from 2005 to 2010. These include the Income Tax Law (91/2005), Property Tax Law (196/2008), and the recent Social Insurance Law, in addition to a new law that regulates partnerships between the government and private sector, particularly in infrastructure and public utility projects.

The two tax laws aimed to relieve citizens of large tax burdens, according to Bourtros-Ghali.

The study by the ministry’s parliamentary affairs unit claims that the Property Tax Law has helped reduce taxes on revenues from commercial activities by 42 percent and industry by 32 percent.

The study also discusses seven laws regulating tariffs, which it says have eased tariffs on strategic goods and helped Egyptian producers pay sales taxes in a bid to spare them the burden of rising prices.

The study also highlights the ministry’s participation in discussions over laws proposed by other ministries, as the Finance Ministry is a main funder for other ministry-level projects.

The study also pointed to legislation that has increased subsidies and ensured periodic bonuses for pensioners ans state employees–in some cases doubling their salaries–which the ministry says have helped improve overall incomes, health, and social care.

Six general budgets have been prepared during the last five years, all of which have been inclined towards supporting low-income citizens, the review claims. 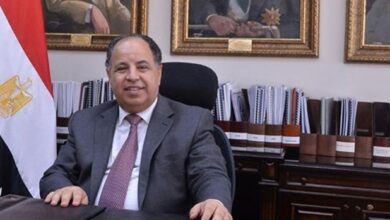