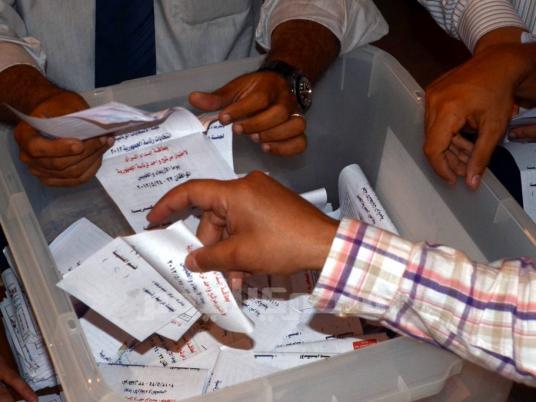 Amr Moussa's campaign has called for investigations into voting fraud, after reports emerged of police officers issuing fake identification cards, which security force members used to vote under false identities. In a statement Saturday, Moussa’s campaign said that over 900,000 national cards were issued.*

Hamdeen Sabbahi is also filing a lawsuit calling for the suspension of Egypt's presidential election because of alleged voting irregularities and a pending case over the right of former Prime Minister Ahmed Shafiq to stand, Sabbahi's lawyer said Saturday.

Sabbahi is a leftist presidential candidate who did not make it into the run-offs by a very small margin. Moussa, by most counts, came fifth.

"We will present an appeal on behalf of candidate Hamdeen Sabbahi … to the Presidential Elections Commission, citing a series of irregularities … that have affected the outcome of the first round," lawyer Essam al-Islamboly told Reuters.

Islamboly said the appeal, to be lodged on Sunday or Monday at the latest, will ask the commission to suspend the election until the public prosecutor checks a claim by a police officer that the Interior Ministry had illegally assigned 900,000 votes to Shafiq.

Parliament had passed a political exclusion law disqualifying Hosni Mubarak's prime ministers from running for high office, but the elections commission declined to enforce the rule, instead sending it to the Supreme Constitutional Court.

Essam al-Erian, deputy head of the Muslim Brotherhood's Freedom and Justice Party, told reporters Friday that Brotherhood candidate Mohamed Morsy won the first round of the election with 25.3 percent of the vote, followed by Shafiq with 24 percent. The first round was held Wednesday and Thursday.

Sabbahi came third with 22 percent of the vote, according to figures collated by Brotherhood observers at polling stations across the country. According to a preliminary Al-Masry Al-Youm count, Moussa came in fifth, with roughly 11 percent.

*This sentence previously stated that 900 cards were allegedly issued. It has been corrected to read 900,000.