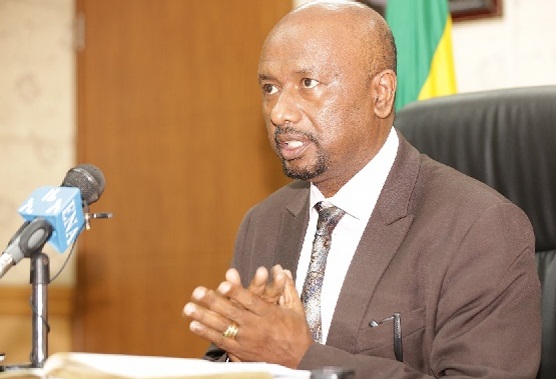 meeting of the tripartite technical committee on the Grand Ethiopian Renaissance Dam (GERD) started on Saturday in Addis Ababa with the participation of water and irrigation ministers of Egypt, Ethiopia and Sudan, as well as members of the committee. The meetings are set to be held for two days.

The meeting was attended by Minister of Irrigation Mohamed Abdel Aati, his Ethiopian and Sudanese counterparts Sileshi Bekele, and Moataz Moussa respectively, in an effort to resolve the differences concerning the initial report prepared by the French consultancy office.

In his speech at the opening session, Ethiopian Minister Bekele expressed hope that the meeting would discuss the controversial issues “in a positive spirit” to reach consensus outcomes.

“The meeting will be based on the directives of the leaders of the three countries, and the Declaration of March”, he said stressing his country’s commitment to complete the technical studies of the dam.

Bekele pointed out that the consultancy office was invited to participate in the meetings, to resolve the outstanding differences. In April, Sudan witnessed a previous round of negotiations, without producing tangible results.

Egyptian diplomatic sources said that there is ongoing contacts between Cairo, Khartoum and Addis Ababa to set a date for the next expanded meeting of the committee, which includes foreign, and irrigation ministers, and heads of intelligence services in the three countries, to discuss the issue of GERD.

The last round of talks last month couldn’t reach resolution over the disagreements between the three countries.

Ethiopia began constructing GERD in 2011. Upon completion, it is set to become the largest dam in Africa. GERD will cost $4.7 billion in total to build, and Ethiopia plans to fill the reservoir with water.