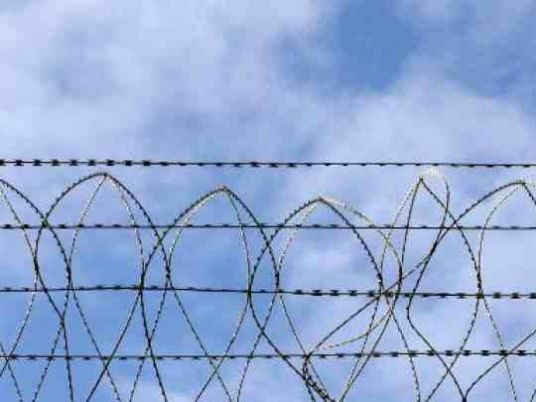 The Interior Ministry started applying amendments introduced to prison regulations, including allowing prisoners to carry out recoreded phone calls, said Assistant Interior Minister for the Prisons Sector Major General Hassan al-Sohagy on Tuesday.
He pointed out that the Muslim Brotherhood prisoners would be included in this measure.
Egyptian human rights lawyers said on Monday that there are concerns the new amendments to prison laws, which give administrators wider leeway for the use of force, could open the door to more violations in Egypt's prisons, despite some amendments they see as positive.
Egyptian President Abdel-Fattah al-Sisi issued the amendments and additional articles in the official gazette late Sunday.
The lawyers' main concern is an amendment which allows prison personnel to use force against prisoners who resist orders based on laws or prison regulations, beyond the previously authorized use of force for self-defense and to prevent attempts at escape.
"This is a legal cover for all forms of violence that could occur inside prisons," said Mohamed Abdelaziz, a rights lawyer and director of al-Haqanya legal center.
What's especially worrying about the amendment is that it opens the door to the physical punishment of prisoners for any sort of insubordination, said Reda Marey, a lawyer who handles prison issues at the Egyptian Initiative for Personal Rights.
Resisting orders should carry a legal punishment, not a physical one, he said.
In addition, the maximum time a prisoner can spend in solitary confinement has been increased from 15 days to 30 days.
Other amendments the lawyers see as positive include that prisoners can make phone calls in exchange for money, while in the past the law didn't provide any information on phone calls, and that they can receive visitors twice a month, up from once a month. Individuals detained pending investigation shall now have the same right to make phone calls unless decided otherwise by a judge or the prosecution.
Female prisoners who give birth inside prisons can keep their children with them for up to four years, increased from two years, and pregnant women on death row won't be executed for two years after giving birth, compared with the previous two months.
Embassy and consulate representatives will be allowed to visit imprisoned nationals and can be provided assistance on condition of reciprocity.
Abdelaziz says among their main demands is for the state-sanctioned National Council for Human Rights to have the right to make surprise visits to prisons.
The law currently only authorizes surprise inspections by state institutions, including the prosecution and the interior minister's assistant for the Prisons Department. Inspections by the National Council for Human Rights are allowed, but only after approval from the prosecutor general.