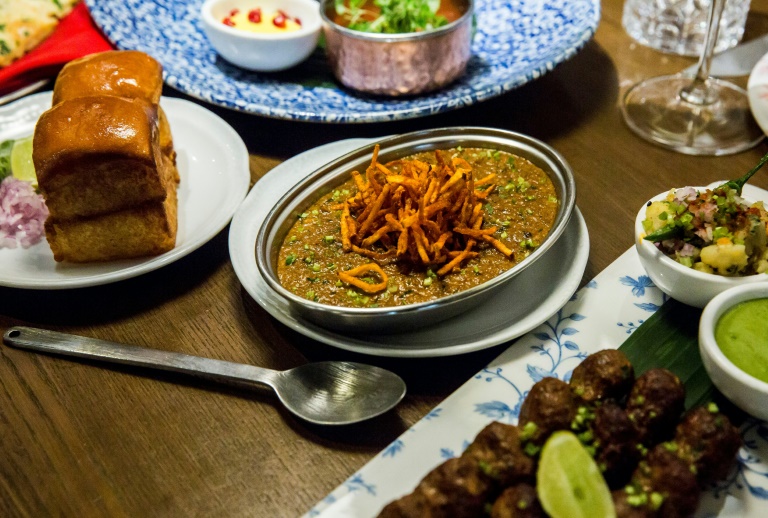 A pair of his father’s old tandoor ovens helped Hong Kong restaurateur Asim Hussain achieve a dream – the world’s first Michelin star for a Pakistani restaurant, an accolade he hopes will fire interest in the country’s often overlooked cuisine.

Like many of Hong Kong’s 85,000 strong South Asian population, Hussein’s family trace their lineage in the bustling financial hub back generations, when the city was a British colonial outpost.

His great-grandfather arrived during World War One, overseeing mess halls for British soldiers while his Cantonese speaking father owned restaurants in the eighties and nineties.

Hussain, 33, already had some twenty eateries in his group when he decided to embark on his what he described as his most personal and risky project yet, a restaurant serving dishes from Pakistan’s Punjab region, the family’s ancestral homeland and where he was packed off to boarding school aged six.

His father, a serial entrepreneur and even once Pakistan’s ambassador to South Korea, suggested he restore two old tandoors from his now shuttered restaurant collecting dust in storage.

“He comes from a generation that doesn’t throw things away,” laughs Hussain, dressed in a traditional knee-length tunic and sitting in a restaurant decked with paintings by Pakistani artists. “Actually the results are better than if we had new ovens because these things improve with age.”

Those tandoors, frequent trips to Lahore to perfect recipes and a kitchen overseen by head chef Palash Mitra, earned the New Punjab Club a Michelin star just 18 months after it opened its doors.

The success made headlines in Pakistan, a country that is unlikely to see a Michelin guide any time soon and whose chefs have long felt overshadowed by the wider global recognition gained from neighboring India’s regional cuisines.

“It makes us proud, it makes us very happy,” Waqar Chattha, who runs one of Islamabad’s best-known restaurants, told AFP. “In the restaurant fraternity it’s a great achievement. It sort of sets a benchmark for others to achieve as well.”

Hussain is keen to note that his restaurant only represents one of Pakistan’s many cuisines, the often meat-heavy, piquant food of the Punjab. At it doesn’t come cheap – as much as $100 per head.

But he says the accolade has still been a “great source of pride” for Hong Kong’s 18,000-strong Pakistani community.

“It’s bringing a very niche personal story back to life, this culture, this cuisine is sort of unknown outside of Pakistan, outside of Punjab, so in a very small way I think we’ve shed a positive light on the work, on who we are and where we come from,” he explains.

It was the second star achieved by Black Sheep, the restaurant group which was founded six years ago by Hussain and his business partner, veteran Canadian chef Christopher Mark, and has seen rapid success.

But the expansion of Michelin and other western food guides into Asia has not been without controversy.

Daisann McLane is one of those detractors. She describes the Michelin guide’s arrival in Bangkok last year as “completely changing the culinary scene there – and not in a good way.”

She runs culinary tours to some of the Hong Kong’s less glitzy eateries – to hole in the wall “dai pai dong” food stalls, African and South Asian canteens hidden inside the famously labyrinthine Chungking Mansions and to “cha chan teng” tea shops famous for their sweet brews and thick slabs of toast.

While she’s “delighted” New Punjab Club has been recognized, she has her reservations: “There is a lot of world cuisine operating way under the radar in Hong Kong and it doesn’t get noticed by Michelin or the big award groups.”

For some, any recognition of Pakistan’s overlooked cuisine is a success story.

Sumayya Usmani said she spent years trying to showcase the distinct flavors of Pakistani cuisine, so heavily influenced by the tumultuous and violent migration sparked by the 1947 partition of India.

When the British-Pakistani chef first pitched her cookbook to publishers on her country’s cuisine, many initially balked.

But in recent years, she says, attitudes have changed. Pakistani-run restaurants in the west that once might have described themselves as Indian are more proudly proclaiming their real culinary heritage, she says.

“I think it’s really good that people are coming out of that fear of calling themselves specifically Pakistani,” she told AFP. “It’s nice that Pakistanis have started to take ownership of what belongs to them.”

Back in Hong Kong, Hussain remarks the hard work has only just begun.

“I joke with the boys and I say that ‘It’s the first Pakistani Punjabi restaurant in the world to win a star, let’s not be the first one to lose a star'”.

Making, drinking arak a source of national pride in Lebanon

‘Most ancient’ solid cheese found in dug up Egyptian jar