Facebook Twitter LinkedIn
Military and police forces shut down all entrances leading to Tahrir Square on Tuesday evening, after calls by the Muslim Brotherhood to storm the square and start a sit-in there coinciding with the trial of deposed President Mohamed Morsy and other Brotherhood leaders for allegedly killing demonstrators in front of the Ettehadeya Presidential Palace in 2012.
The trial, however, was rescheduled until 1 February after poor weather conditions delayed Morsy’s flight.
The pro-Morsy National Alliance to Support Legitimacy, has called on its supporters to protest in Tahrir Square, in order to organize a “revolutionary wave in order to overwhelm and confuse security forces.”
Edited translation from Al-Masry Al-Youm
Tags
pro-Morsy protests tahrir 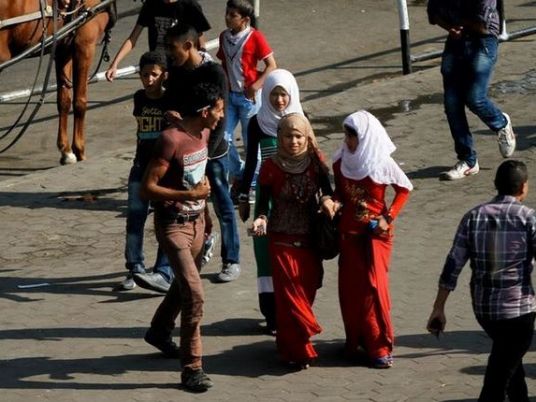