Many years ago, my wife and I strapped on our backpacks and set off for a trip around the world. We did the whole thing on a tight budget, rarely spending more than US$5 or 10 per night for a hotel. Once sick and dehydrated in Central America, we splurged on a deliciously fancy option at US$20 per night (TV! AC!), remarkable luxury for us back then.

I say this to prove my rugged credentials, so that you don’t think I am a fool for what I say next. While having kids means that we no longer stay at the absolute bottom end of the accommodations scale, it doesn’t take the Four Seasons to keep us happy. So it feels like my mind is playing a trick on me when I think that paying between US$300-400 for a night makes sense. But let me explain.

The hotel in question is Adrère Amellal in Siwa. Adrère, the labor of love of Cairo environmentalist Mounir Nematallah, has been in the news since its creation ten years ago, including a visit by Prince Charles and Camilla last year. Mounir loves the project so much that he seems to have given up many of his Cairo-based development initiatives, preferring to spend much of his time at Adrère. Many nights he stops by for dinner or a drink with guests.

When we walked into the compound, set dramatically between a craggy hill and one of Siwa’s salt lakes, the first thing we noticed is the absence of a reception area. This would be too much like a hotel, we are told, and wouldn’t make us feel like the personal guests that we are. A ruggedly handsome South African man soon walked up and invited us to a vegetarian lunch under the palm trees around the spring-fed swimming pool until our room was ready.

You have no choice about what you eat at Adrère, but I’d be comfortable trusting the hotel’s chefs over my own taste buds any day. The food at Adrère, which uses primarily local ingredients, is superb. There is no such thing as a bill in Adrère. You drink or eat what you want, when you want. Everything is included in the daily rate. At the end of our stay, we even had a difficult time finding out who to pay, as most guests tend to pay in advance. Money is far from anyone’s mind. With guests paying so much, they can afford to be a bit generous.

The rooms have no numbers. But there are only 40 of them, so it’s hard to get too lost. All buildings, and nearly all the furnishings, are made from local materials. Salt bricks, carved from local salt deposits, serve as windows in many of the rooms, letting in light with a soft, translucent feel. These, and the numerous salt sculptures that dot the compound, are made by Adrère’s resident salt artist. Another building in the compound contains workspace where artists can come and draw inspiration from the local surroundings.

Usually employees at high-end hotels in Egypt are bland automatons who have had the spirit trained right out of them. Adrère is staffed entirely with people from Siwa and they are superbly trained. We felt comfortable leaving our kids with a member of the staff in the evening as my wife and I wandered around. As a result of this investment in local human resources, Adrère has created a cadre of loyal supporters within the local community.

Maintaining the local feel has not required any compromises on quality. Rooms are tastefully appointed, local salt brick on the wall and wooden beams overhead. The beds are world-class luxurious. There is no electricity in the entire compound. Gas heats the water, locally made beeswax candles light the rooms, and torches lead guests around the compound at night. It’s a fantastic deception—it feels a bit like camping, but is simultaneously supremely luxurious. Contributing to the peaceful feel, mobile phones are unwelcome. But be warned: they have yet to find a way to power air conditioners on the local salt supply, so there is little respite from the heat during the warmer months.

The compound is a bewildering array of passageways, rooms, terraces, and sitting areas around grand fireplaces. (These are less useful in the baking summer months. In the winter they are essential). No signs guide you. You just have to wander and get lost. Each night, dinner is served in a different spot, one night in the main dining room, another in a secluded alcove overlooking the lake. The only way you know where to go is by following the torch avenue that guides you to that night’s dining location. After dinner, there are any number of cozy nooks to enjoy a drink and a fireside chat.

By day, there’s a lot to keep you occupied. Desert excursions by horse or jeep take you out into the spectacular unspoiled dunes of the Great Sand Sea surrounding Adrère. The hotel maintains a fleet of antique Toyota Land Cruisers, piloted by rugged Bedouin guides, which make Cairo seem a universe away. In the compound there is a spring-fed swimming pool, with a chamber stretching nearly endlessly down to the spring’s origin. Swimming in the salty lake provides the eerie sensation of absolute buoyancy, while punishing you heartily if you forgot about any cuts or blisters, and leaving an oil-like residue, perhaps medicinal, on the body after you emerge. The rugged white mountain looming behind the compound provides an inviting climbing challenge. Various spa treatments are offered, including some that make use of the therapeutic local salty mud.

The nearby oasis of Siwa also beckons, however we found the sights of the town and oasis to be a bit shabby and disappointing when compared with relaxing at Adrère. I suppose if you are in Siwa for a longer stay, it could be worth venturing out—at least for brief excursions—to sample some of Siwa’s famed sights, like the Shali Fortress, Cleopatra’s bath, or the Temple of the Oracle, once visited by Alexander the Great.

One of the major attractions in town is Mounir’s other property, Shali Lodge. For those of you who would like to stay in Siwa, but can’t afford the extravagance of Adrère, Shali could be the solution. We spent two nights in Shali and a single night at Adrère. Shali shares much of Adrère’s flair and is conveniently located near the center of the oasis, all for a more manageable LE300 per night.

Getting to Siwa can be part of the fun. We drove from Cairo over two days, spending a night at the wonderfully retro Beau Site hotel in Marsa Matruh. Another option would be to break the stay for one night at the Alamein Hotel in Sidi Abdel Rahman. Either option involves one short and one long day of travel, with total drive time from Cairo amounting to around seven or eight hours. If you’re with kids, I wouldn’t advise pushing through in a single day, especially as breaking the stay at Beau Site or Alamein will only add to the fun of the trip. Egypt Air also operates a convenient weekly flight to Marsa Matruh, allowing you to visit Siwa for the weekend. From the airport, it’s less than three hours by car to Adrère, and taxis are easy to organize.

How can a hotel that is eight hours from Cairo and charges over US$300 possibly considered a good deal? Well, there’s no way to deny that a stay at Adrère is a significant investment. But if you throw in three amazing meals, trips into rolling desert dunes by horse and by jeep, swimming in a spring-fed pool or a salty lake that gives the Dead Sea a run for its money, well appointed and decadently luxurious rooms, polite and well-trained Siwan staff who will babysit and allow you and your spouse to enjoy a bottle of wine around a cozy fire on a desert evening… well, the price tag suddenly starts to seem affordable after all.

Details: Adrère Amellal, www.Adrèreamellal.net, booking via 02/2736 7879, or [email protected] Single rates start at US$220 night/single, US$319 for a double, or much more for suites, all inclusive, including jeep safaris, excluding horse rides and spa treatments. The Shali Lodge in Siwa costs $45/60/75 for singles, doubles, and triples, bed and breakfast. Booking via 046/4602 399 / 4601 299. Driving from Cairo to Marsa Matruh takes around 5 hours, from Marsa Matruh to Siwa under 3 hours, both on good roads. 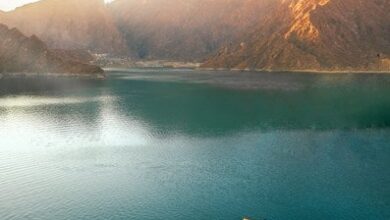 Hatta – Discover the other side of Dubai 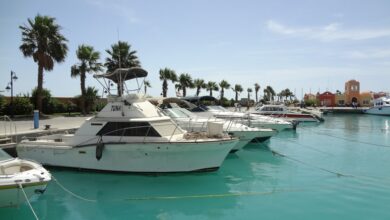