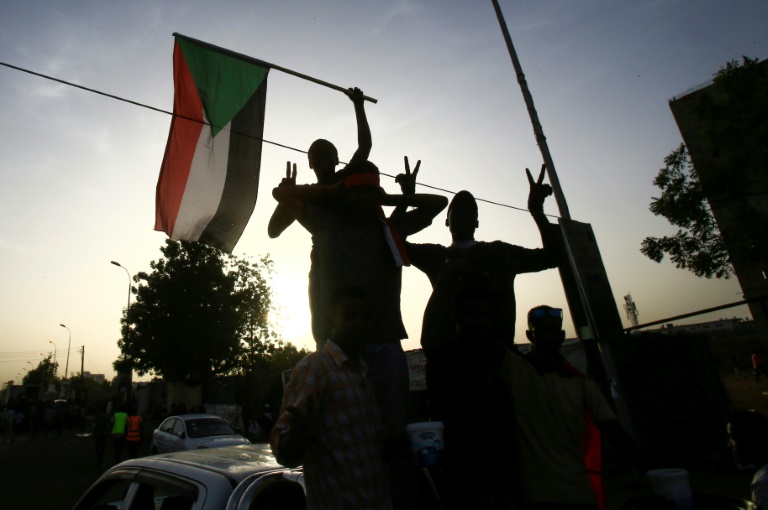 Sudan’s army rulers and protest leaders said more talks were planned for Monday on finalizing the makeup of a new ruling body, after hours of negotiations through the night ended without agreement.

Both sides have been at loggerheads over the new governing body that would rule Sudan for a three-year transitional period after the ouster last month of longtime autocrat Omar al-Bashir.

The latest discussions were launched Sunday evening following pressure from world powers to install a civilian-led governing body — a key demand of demonstrators.

After continuing into the early hours of Monday, the ruling military council announced the talks would resume at 9:00 pm (1900 GMT).

“The structure of the sovereign authority has been discussed,” Lieutenant General Shamseddine Kabbashi, spokesman of the military council, told reporters.

The Sudanese Professional Association — the group that initially launched the protest campaign against Bashir in December, said Monday that it was in no rush to finalise the deal.

“We are not in a hurry for the crucial victory… whatever be the outcome, it will be a step forward,” it wrote on Twitter without elaborating.

The agreement had been expected on Wednesday, but the military council suspended the negotiations for 72 hours.

Ahead of Sunday’s talks, the umbrella protest movement — the Alliance for Freedom and Change — raised the ante by insisting that the country’s ruling body be “led by a civilian as its chairman and with a limited military representation.”

AFP / MOHAMED EL-SHAHED Supporters of Sudanese Islamist movements demonstrate against any deal that would exclude sharia law on May 18, 2019

The existing military council is headed by General Abdel Fattah al-Burhan, and the generals insist that the overall new body be military-led.

On the eve of the talks, hundreds of supporters of Islamist movements rallied outside the presidential palace in Khartoum warning they would reject any deal that would exclude sharia — Islamic law — from the country’s political roadmap.

“The main reason for the mobilization is that the alliance is ignoring the application of sharia in its deal,” said Al-Tayieb Mustafa, who heads a coalition of about 20 Islamic groups.

“This is irresponsible and if that deal is done, it is going to open the door of hell for Sudan,” he told AFP.

Bashir came to power in an Islamist-backed coup in 1989 and Sudanese legislation has since been underpinned by Islamic law.

The protest leaders have so far remained silent on whether sharia has a place in Sudan’s future, arguing that their main concern is installing a civilian administration.

The UAE said on April 28 it would also deposit $250 million in Sudan’s central bank.

The oil-rich Gulf states have pledged a further $2.5 billion in aid to help provide food, medicine and petroleum products.

It was Sudan’s worsening economic crisis that triggered nationwide protests against Bashir.

Before talks were suspended earlier this week, the generals and protest leaders had agreed on several key issues, including a three-year transition period and the creation of a 300-member parliament, with two thirds of lawmakers to come from the protesters’ umbrella group.

But those talks were marred by violence after five protesters and an army major were shot dead near the ongoing sit-in outside the military headquarters in central Khartoum, where thousands have camped out for weeks.

Initially, the protesters gathered to demand Bashir resign — but they have stayed put, to pressure the generals into stepping aside.

The protesters had also erected roadblocks on some avenues in Khartoum to put further pressure on the generals during negotiations, but the military rulers demanded that they be removed.

Protesters duly took the roadblocks down in recent days — but they said they will put them back up, if the army fails to transfer power to a civilian administration.

The generals have allowed protesters to maintain their sit-in outside army headquarters.