John Travolta first came to Cannes 40 years ago while promoting “Grease,” and he’s still dancing along the Croisette.

The 64-year-old actor returned to the Cannes Film Festival to promote his new mafia boss John Gotti biopic “Gotti,” celebrate the anniversary of “Grease” with a screening on the beach, and, at a soiree on Tuesday night, share a few dance moves alongside rapper 50 Cent.

Travolta loves Cannes; it’s where Quentin Tarantino’s “Pulp Fiction” debuted two decades ago and won the festival’s top award, the Palme d’Or. This year’s trip is more of a victory lap (Travolta was also to give a Masterclass talk on Wednesday) while premiering “Gotti.”

The film has had a long road to the screen. Barry Levinson was initially to direct it, then Nick Cassavetes. Eventually Kevin Connolly, the “Entourage” actor, took over. Ten days before it was to open in theaters in December, producers purchased the movie back from Lionsgate (who had planned a largely video-on-demand release), and instead will release the film June 15 with Vertical Entertainment and the distribution arm of the ticketing service MoviePass.

Travolta has been with the project for more than eight years. Kelly Preston, Travolta’s wife, plays Gotti’s wife, Victoria.

“Even though I’ve played New Yorkers before, I’ve quite played that kind of New Yorker,” Travolta said in an interview.

Travolta memorably played the fictional New York gangster Chili Palmer in 1995′s “Get Shorty,” about a mobster who comes to Hollywood — and finds he loves it. Gotti, who died in prison 2002, likewise had a little glamour with his fondness for cameras and his carefully swept-back coiffure. The Gambino crime boss was known the “Dapper Don,” as well as the “Teflon Don” for his ability to avoid federal prosecution before being convicted for murder and racketeering.

The film is based on the book “Shadow of My Father” by John A. “Junior” Gotti, who was a frequent presence on set. Gotti’s children also starred on A&E’s 2004-2005 reality TV series “Growing Up Gotti.”

Travolta said the Gotti family’s shaping of the film was part of the appeal.

“It was what lured me into it that the family chose me,” Travolta said. “We were invited to reflect their truth, and their truth I found interesting because there was no altering of events. There were all historically correct. But what was never seen was their family life.”

“I thought it was an asset to have them for authenticity and quality control,” he added.

Critics, though, were less kind about “Gotti,” which takes a family-first view of the mobster and features songs from Pittbull. The Hollywood Reporter called it “an altogether hagiographic — one could even say pro-mob— biopic.” IndieWire said it’s “an incoherent jumble of mob history.”

For Travolta, though, there’s value in “Gotti.”

“It’s the only truly modern iconic gangster. There won’t be one like him again because the Mafia is gone,” Travolta said. “In this movie you’re seeing the last of a generation that will never happen again.” 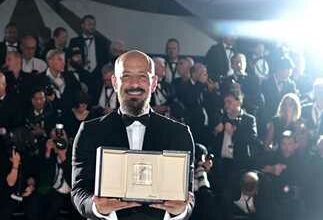