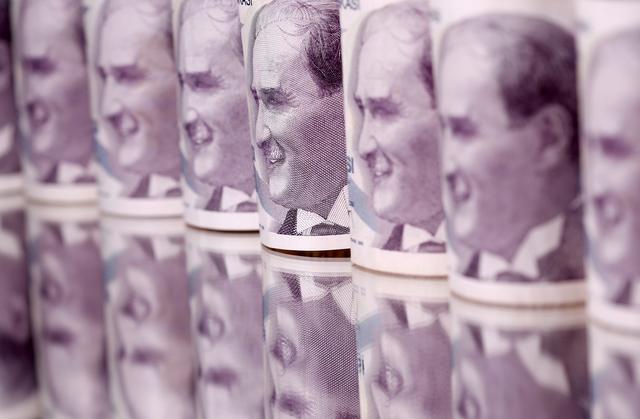 LONDON (Reuters) — Turkey could be heading for another financial crunch but its diminished importance for investors in developing economies and changes in the sector have greatly reduced the risk of contagion across emerging markets.

But even that reaction was muted compared to prior decades when contagion from one emerging market to another was taken for granted, such as during the Asian crisis or the Russia crisis.

Reverberations this time might be of even lower magnitude, because investor positioning in emerging markets overall and Turkey in particular looks dramatically different from the summer of 2018.

“Foreign investor participation in Turkish markets has collapsed over the past several years, with non-residents now holding only six percent of [Turkish government bonds], down from 29 percent in 2013,” said Phoenix Kalen at Societe Generale.

Institute of International Finance data showed emerging markets had suffered a “sudden stop” in capital flows in March with a record US$83.3 billion fleeing stocks and bonds amid uncertainty over the coronavirus spread and the oil price collapse.

“Similarly, there is much less foreign participation in Turkish currency markets due to the interventionist policies, frequent new regulations, and the sporadic funding squeezes,” added Kalen.

In April, the regulator capped local banks’ ability to conduct FX transactions with foreign entities at just one percent of equity, down from 10 percent previously — a move that sparked a muted markets reaction. Days later, it took this limit down to 0.5 percent.

A similar offshore 2019 lira squeeze saw overnight borrowing rates soar to over 1,000 percent, which briefly shored up the lira.

This comes amid a long decline in overseas lira trading with average daily trading volumes in London having shrunk 28 percent from 2016 to $37 billion last October while the share of total FX trading slipped to 1.3 percent from 2.3 percent, Bank of England data shows.

Turkey’s waning weighting in bond indexes also lowers the risks for investors. In the JPMorgan GBI-EM index — a widely used emerging local bond benchmark — it has a 3.2 percent weighting compared to 10 percent in 2015.

“Turkey has been a source of concern among foreign investors for so long,” said Manik Narain, head of EM strategy at UBS. “There is not the same degree of hit to asset management returns, it’s not the same as if Mexico or Brazil blows up.”

Meanwhile emerging markets as an asset class have also changed — there are more countries to invest in and a far broader investor base, including local pension and insurance funds which hold on even if foreigners sell.

Reporting by Karin Strohecker in London, additional reporting by Ezgi Erkoyun in Istanbul and Tom Arnold in London; Editing by Toby Chopra

Turkish lira falls to record low against US dollar