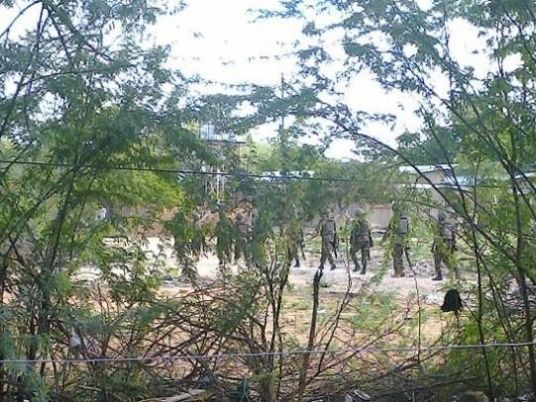 At least 14 people were reported killed on Thursday when Islamist militants stormed a university campus near Kenya's border with Somalia, taking Christian students hostage and battling security forces over several hours.
Police and soldiers surrounded and sealed off Garissa University College and were attempting to flush out the gunmen, the head of Kenya's police force, Joseph Boinet, said in a statement.
Somali militant group al Shabaab, which has links to al Qaeda, claimed responsibility for the pre-dawn raid and said it was holding many Christian hostages inside.
"We sorted people out and released the Muslims," Sheikh Abdiasis Abu Musab, al Shabaab’s military operations spokesman, told Reuters. "Fighting still goes on inside the college."
"The attackers shot indiscriminately while inside the university compound," Boinet said, adding that police had been guarding the university's four hostels at the time.
At least 14 people had been killed, a policeman at the scene said, while the Red Cross said 50 students had been freed.
Al Shabaab has in the past carried out attacks in Garissa, which lies around 200 kilometers from the porous Somali border, and in other parts of Kenya.
It was responsible for a deadly attack in 2013 on the upscale Westgate shopping mall in Nairobi, having declared it would punish Kenya for sending troops into Somalia alongside African Union peacekeepers to fight the group.
Most of the wounded had been hit by gunfire and four were in a critical condition, the country's National Disaster Operation Centre said on its Twitter feed. Four had been airlifted to Nairobi for treatment, it said.
"I can tell you that we have 49 casualties so far, all with bullet and (shrapnel) wounds. Four people are dead," said a doctor at Garissa hospital.
Setback for Kenyatta
The attack marked a setback in a drive by President Uhuru Kenyatta to persuade foreigners the country is safe to visit.
On Wednesday, he urged Kenyans abroad to help woo tourists back despite the wave of militant violence, criticizing a warning from Australia of a possible attack in Nairobi and an advisory from Britain urging its citizens to avoid most coastal resorts.
Grace Kai, a student at the Garissa Teachers Training College near the university, said there had been warnings that an attack in the town could be imminent.
"Some strangers had been spotted in Garissa town and were suspected to be terrorists," she told Reuters.
"Then on Monday our college principal told us …that strangers had been spotted in our college… On Tuesday we were released to go home, and our college closed, but the campus remained in session, and now they have been attacked."